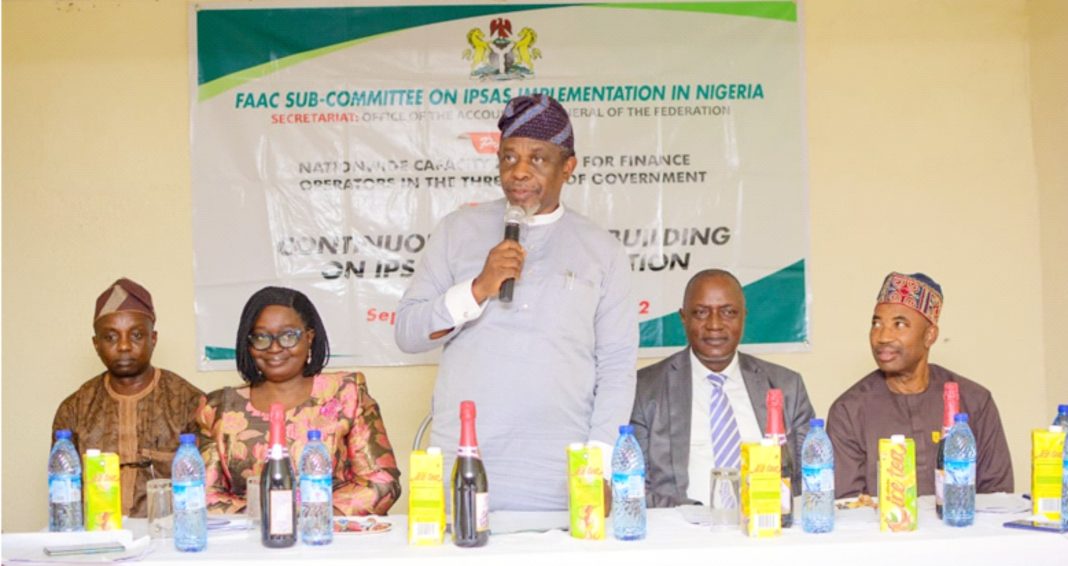 The Federal Government through the Office of the Accountant-General of the Federation has partnered the Ondo State government on capacity building of Managers of Public Finance across the state on International Public Sector Accounting System (IPSAS).

Declaring the three days training workshop with the theme; “Continuous Capacity Building On IPSAS”, held at Royal Birds Hotel, Alagbaka Akure, the State open, Commissioner for Finance, Mr Wale Akinterinwa declared that the implementation of IPSAS has greatly improved the quality of government’s financial reporting, transparency and accountability in Nigeria

Mr Akinterinwa noted that the programme has provided a reliable decision making in governance and management of scarce resources.

He said, “the adoption and implementation of Accrual Basis of IPSAS adds value and makes Governments more accountable to the citizens, adding that the training is apt for the joint ‘Open Government Partnership’ which demands a high level of responsibility, accountability and fiscal transparency drive by implementation of IPSAS Accrual basis.

He, therefore, encouraged all the participants to pay rapt attention to the lecture and participate fully to maximize the resources deployed to acquire modern day accounting training in line with global best practices.

In his remarks, the Accountant General of the Federation, Mr Sylva Okolieaboh, noted that the Federal Executive Council (FEC) on the 28th July, 2010 has taken decision to adopt and implement the provisions of IPSAS by public sector entities (PSE) in Nigeria.

Represented by GIFMIS Deputy Programme Manager- System Development, Mr Olasunkanmi Adeoti, the AGF explained that since the implementation of IPSAS in the country, all stakeholders have constantly been encouraged and provided with necessary support in form of capacity building across the Federal, State and Local Government for seamless implication.

In her remarks, the Permanent Secretary and State Accountant General, Mrs Toyin Oni, expressed optimism that the three- day workshop would provide an overview of important requirements for preparation of financial statements as well as advance the education of participants.

Mrs Oni also assured that the programme would go a long way to enhancing the efficiency of participants in the preparation of financial statements in line with global best practices at their various offices.

She, therefore, encouraged participants to fully participate in the capacity building to justify the kind gesture of the Accountant General of the Federation for extending the workshop to Ondo State.

Part of paper to be delivered at the workshop include, overview of International Public Sector Accounting Standards IPSAS, Practical Applications of National Chat of Accounts to Budgeting and Accounting, Contemporary Issues in the Implementation of IPSAS of Accrual Basis, The Role of Internal Audit in IPSAS Implementation among others.