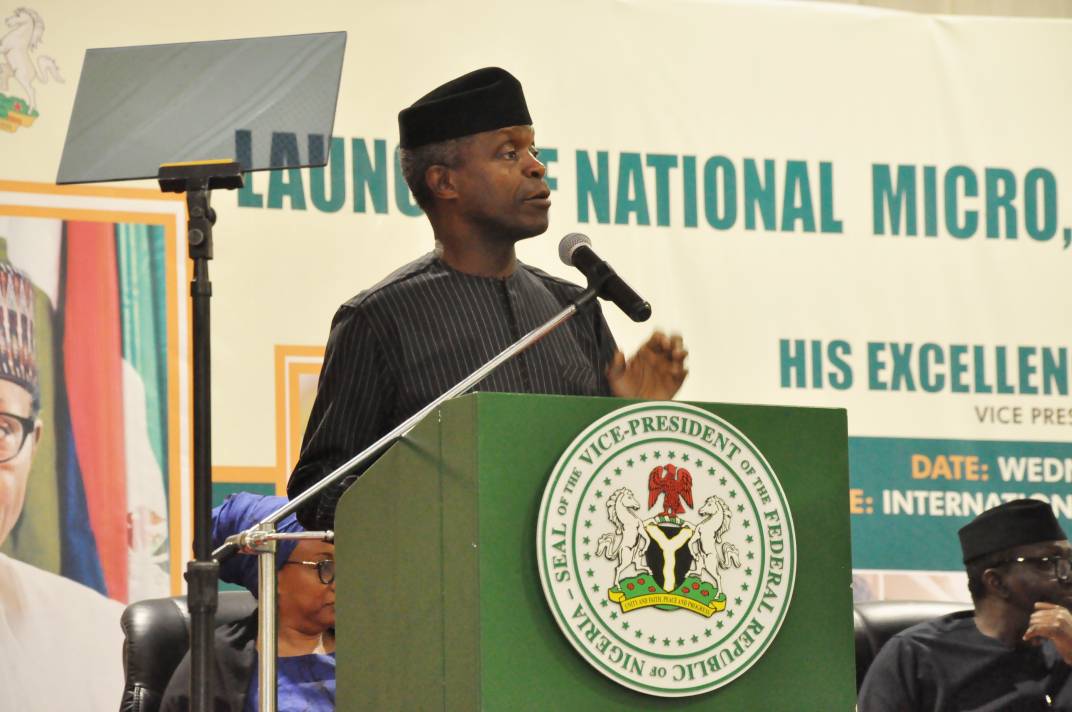 By Chris Chimezie
|
The Federal Government has pledged its readiness to support Ondo State towards successfully implementing its blueprint for rapid socio-economic development.

The summit, a deliberate effort of the  administration which brought together development partners and philanthropists with a view to brainstorm towards opening up the state to maximise her potentials for onward economic development of the state.

Commending Governor Akeredolu for blazing another trail in national development through the Summit, Osinbajo hinted that the federal government will support his innovative move.

He expressed Government’s interest at promoting local content and technology in order to promote human development.

Represented by Director-General, National Information Technology Development Agency (NITDA), Dr Issa Pantami, Osinbajo who described human development as very germane, said that government at all tiers must ensure that their citizens are involved in the process of development.

“This is one of the reasons why the Federal Government is interested and passionate in promoting our indigenous content and technology.

“In all we do, we must ensure that we give priority to whatever we can produce in our communities. Let us make sure that we utilise our potentials effectively. It is good for us to patronise what we develop and develop what we need.

“The Federal Government commends Ondo State government on efforts in the area of human development and we are ready to support you to achieve whatever is discussed here,” he said.

Vice President Osinbajo also said development in so many developing nations, including Nigeria, suffered from the dual disease of over-exposure and under-implementation.

He further lauded Akeredolu for his readiness to implement whatever policy developed and  pointed out that the summit was a clear indication that the Governor was willing to convert his words into action.

He explained that they were committed to strengthening partnership and investment opportunities for growth and development of Ondo State.

“To achieve this, our administration understands the fact that sustainable development can be achieved through robust partnership. Therefore, our focus is to ensure rapid growth, development and sustainability of the economy.”

The Governor also explained that the summit sought to create a platform for partnering with key players in both private and public sectors in order to mobilise resources for engendering economic growth and development of the state.

Also, the State Commissioner for Economic Planning and Budget, Pastor Emmanuel Igbasan described the theme, “Partnership for Progress”, as well thought-out in conscious recognition of the fact that sustainable development can better be achieved through robust partnership between the private and public sectors.

Igbasan added that the overarching objective of the Summit is to leverage on the support of Donor/Development Partners towards the realisation of the economic development agenda of the current administration in the state.