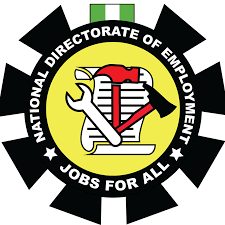 By Evelyn Omotoye & Chris Chimezie
|
In continuation of its efforts to eradicate poverty and make youths self-reliant, the Federal Government has  revealed that it is targetting N850m to alleviate poverty being experienced by women and youths in Ondo State.

Director General (DG), National Directorate of Employment (NDE), Dr Nasir Argungu, made the disclosure during the empowerment of 6,800 women and youths in Ondo State, held at the Adegbemile Cultural Center in Akure.

This is in addition to the Federal Government’s Social Intervention Programmes (SIP), under which thousands of graduates and the unemployed youths have been fully engaged.

Schemes under the SIP in Ondo State include; Home Grown School Feeding Programme (HGSFP) for primary school pupils; the N-Power volunteer Corps for university graduates and Government Enterprise and Empowerment Programme (GEEP), which is essentially a loan scheme being handled by the Bank of Industry.

Argungu explained that 6,800 unemployed women and youths were empowered initially, but due to the zeal displayed, the figure would be increased to 10,000 beneficiaries.

“For a start, 300 of them, with effect from today, are going to enjoy micro enhancement loan of N10,000 direct cash disbursement.

“Another 1,500 young men and women will be trained in various trades, while 5,000 will have certificates that would guarantee them easy access to Central Bank of Nigeria (CBN) loans.

“The loan alone is N750 million, but if every thing is added together, we are targeting N850 million for Ondo,” he said.

The Director-General further advised the beneficiaries to utilise the loans judiciously and ensure that poverty is kicked out permanently in their midst, saying government is ever ready to do more to comfort them.

He explained that most of the people being empowered did not have a start-up capital to run their trades, hence the importance of the loan.

He implored the beneficiaries to use the funds judiciously in order to profit from their trades, become self-reliant and employers of labour.

Akeredolu explained that certificates of training would be issued to the beneficiaries for easy access to the loan from the Central Bank of Nigeria (CBN).

Coordinator of unemployed graduates in Ondo State, Mr. Olanrewaju Sunday, thanked the government for the gesture and urged them to sustain the scheme to include more unemployed youths.

While describing the Buhari-led admnistration as that which keeps promises, the women pledged to preach the reality of the programme to others and mobilise their family members to massively vote for the re-election of President Muhammadu Buhari in the forthcoming general elections.

They assured that the fund given them would be invested in profitable businesses.