FG to lift 100m Nigerians out of poverty 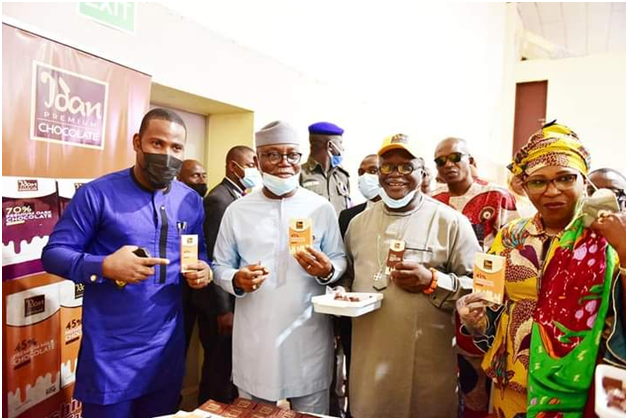 Federal Government has declared that it will lift 100 million Nigerians out of poverty within the next 10 years.
The Federal Minister of Agriculture and Rural Development, Dr Mohammad Abubakar Mahmood said this at Ondo State International Agric Show and Food Fair OSIAFFA 2021, organised by the State Agricultural Commodities Association OSACA held in Akure, Ondo State Capital.
The Minister, who was represented by the Zonal Director, South West , Mrs Oguntuyi Abimbola said the target will be achieved through various initiatives in production, processing and marketing of agricultural commodities .
He said government has lifted a total of 4,205,576 Nigerians out of poverty in the last two years which he said the president promised to continue.
Declaring that the country has taken the leading role in cassava, yam, maize, palm oil and rice production, the Minister said the country as the leading producer of rice in Africa has completed arrangement to procure additional 10 large scale integrated rice mills.
He noted that the country is set to implement the Green Imperative Programmes planned to revolutionalize agriculture in the country adding that the programme worth $1.2billion was a product of Nigeria, Brazil bilateral agricultural development programme to revolutionalize the sector.
This he affirmed will strengthen food security, create massive jobs, transfer technology, revive and reinvigorate many assembly plants and strengthen the economy above many others.
Ondo State Governor, Arakunrin Oluwarotimi Akeredolu who was represented by his Deputy, Lucky Ayiedatiwa commended farmers for what they have been doing since the inception of his administration, assuring that government will continue to create the enabling environment and partner with any willing investors in agricultural potentials in the state.
Akeredolu appreciated FMARD for providing the leading role for agriculture and Agricbusiness and in rice revolution which brought about fresh awareness about diversifying to agric business.
According to the Governor, three airlines running Akure, Lagos and Abuja showed the visibility of the state to the world adding that the state has started RAM to embark on road construction from town to rural areas to bring of farm produce to the market.
He said, “Security is one of the topmost issues government is looking at in the state Security of live and property are being guaranteed in the state.”
Earlier, in his welcome address, the State Chairman OSACA, Mr Gbenga Obaweya said OSIAFFA 2021 was born to interact with the global community better, “to show what has been done, what is been done and what is loved to be done.”
Obaweya, who appreciated Senior Special Assistant to the Governor on Agric and Agribusiness, Pastor Akin Olotu for conceiving the idea noted that OSIAFFA is born to make the state a prosperous one and making partners and sponsors smile, and born to meet the deepest need of the people.