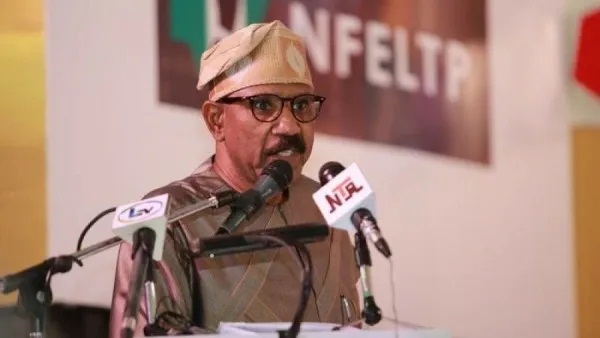 The Federal Government has expressed its commitment towards intensifying collaboration with Ondo State Government to improve healthcare delivery to residents of the state.
The Minister of State for Health, Senator (Dr.) Olorunnimbe Mamora spoke while delivering his keynote address at the official commissioning of some projects at the Federal Medical Centre(FMC), Owo
According to him, Federal Government(FG)has consistently integrated the three components of the Universal Health Coverage(UHC) including accessibility, availability and affordability in the provision of healthcare services to the citizenry.
Mamora expressed delight at the facilities at the hospital and the enthusiasm of staff which he noted is critical to the centre to deliver on its mandate.
While affirming that qualitative healthcare delivery requires synergy among all stakeholders, he urged the staff of the centre to downplay undue rivalry and embrace teamwork.
Mamora appreciated the Ondo State Government for its unflinching support for the centre and urged the management and staff of the hospital to sustain the existing cordial relationship between it and the state government.
He commended the management and staff of the centre for their landmark achievements in all the branches of medicine and assured that government will look critically into the challenges confronting the facility with a view to proffer solutions to them.
Earlier in his welcome address, Ondo State Governor, Arakunrin Oluwarotimi Akeredolu described the event as complementary to the realization of the efficient healthcare delivery component of the “REDEEMED”agenda of his administration.
The Governor who was represented by the Permanent Secretary, Ministry of Health, Pharmacist (Mrs) Folukemi Aladenola affirmed that since inception, his administration has unequivocally demonstrated avowed commitment to overhaul the health sector through deliberate policies and interventions that have positively impacted directly and indirectly on the people of the state.
Akeredolu added that his government has equally paid special attention to both human and infrastructural needs of hospitals in the state thereby giving them befitting face-lift.
In his remarks, the Medical Director of the hospital, Dr. Adeagbo Ahmed said the centre has developed significantly in both human and material resources.
He noted that the FG has upgraded its facilities thereby making the centre a reference point in the management of infectious diseases such as Lassa Fever and the novel COVID-19.
Ahmed added that the strategic location of the facility has equally made it a haven for medical tourism by virtually all Nigerians.
The infrastructural projects commissioned by the Minister include the Akure Annex of the Federal Medical Centre, Research Centre, Isolation Centre, Upgraded Intensive Care Unit (ICU) and Reference Laboratory.