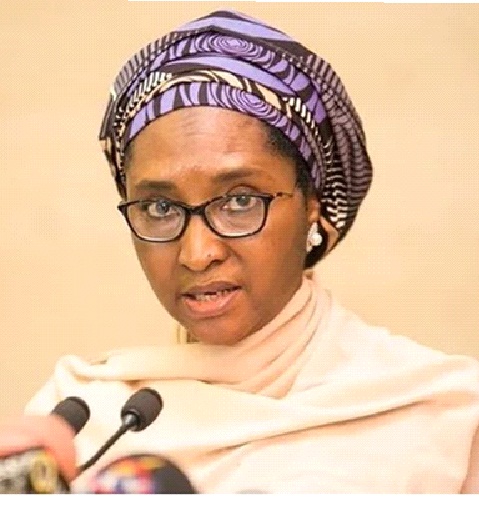 The President Muhammadu Buhari-led administration has been criticised for the continuous borrowing by government.

The gravity of Nigeria’s debt situation was captured in the following statistics. Between 1999 and 2021, local and external federal government borrowings jumped from N3.55 trillion to N26.91 trillion, an increase of 658 percent. While much of that increase has taken place under the Buhari administration (for instance, it has overseen a 291.37 percent rise in foreign debt alone), it is by no means the only culprit. While external debt declined from $28.04 to $2.11 during the Olusegun Obasanjo era (1999- 2007), it rose under the successive Umar Musa Yar’Adua and Goodluck Jonathan administrations. Under the latter, “the federal government component of the total public debt increased from N6.17 trillion in 2011 to N9.8 trillion in 2015,” a 58.8 percent jump. With a total public debt stock of N41.6 trillion, Nigeria’s debt to GDP ratio currently stands at 23.27 percent.

Also, the Federal Government’s total borrowing from the Central Bank of Nigeria through Ways and Means Advances rose from N17.46 trillion as of December 2021 to N19.01 trillion as of April 2022.

According to data from the CBN, this represents an increase of N1.55 trillion within the first four months of 2022.

The N19.01 trillion owed the apex bank by the Federal Government is not part of the country’s total public debt stock, which stood at N41.60 trillion as of March 2022, according to the Debt Management Office (DMO).

The public debt stock only includes the debts of the Federal Government of Nigeria, the 36 state governments, and the Federal Capital Territory.

Ways and Means Advances is a loan facility through which the CBN finances the government’s budget shortfalls.

According to Section 38 of the CBN Act, 2007, the apex bank may grant temporary advances to the Federal Government with regard to temporary deficiency of budget revenue at such rate of interest as the bank may determine.

The Act reads in part, “The total amount of such advances outstanding shall not at any time exceed five per cent of the previous year’s actual revenue of the Federal Government.

“All advances shall be repaid as soon as possible and shall, in any event, be repayable by the end of the Federal Government’s financial year in which they are granted, and if such advances remain unpaid at the end of the year, the power of the bank to grant such further advances in any subsequent year shall not be exercisable, unless the outstanding advances have been repaid.”

However, the CBN has said on its website that the Federal Government’s borrowing from it through the Ways and Means Advances could have adverse effects on the bank’s monetary policy, to the detriment of domestic prices and exchange rates.

“The direct consequence of central banks’ financing of deficits are distortions or surges in monetary base leading to adverse effect on domestic prices and exchange rates i.e. macroeconomic instability, because of excess liquidity that has been injected into the economy,” it said.

Last month, Minister of Finance, Budget and National Planning, Zainab Ahmed, revealed that, at N1.94 trillion, the cost of debt servicing had surpassed the government’s retained revenue of N1.63 trillion, leaving it N300 billion in the hole.

As of now, Nigerians have lost count of the sources and assortment of loans being taken by the Federal Government with outstanding public debt now projected to hit about 50 trillion Naira by the close of the year. More worrisome is the fact that about 90 percent of Government revenue is already going into debt servicing, leaving the Government practically cash-strapped perpetually.

In a recent interview with the National Chairperson of the All progressive Congress (APC), Abdullahi Adamu, he said Nigeria could borrow money for development till eternity.

Mr Adamu said he had no issue with borrowing and that his position had been consistent on the subject.

Adamu, while speaking in an interview on Trust Television last week Monday, had said the government could borrow from now till eternity, saying countries like the United States and the United Kingdom borrow funds from international financial institutions to meet their needs.

His position was, however, faulted by NECA, Labour Party and other economic experts who noted that the nation’s debt profile had become unsustainable in the face of dwindling revenues, stressing that there were alternative ways of funding infrastructure.

They also added at further increase in the national debt could lead to high inflationary economic growth or no growth at all, a much higher cost of capital in the economy, and possible sovereign default and its damaging effects.

Reacting to this, Prof Uche Uwaleke, President, Association of Capital Market Academics, said : “The key question this raises is for what purpose are we borrowing?

“If the loans are self-liquidating, then there is no cause for alarm. But, if they are not well applied, such that the country’s debt burden is aggravated, thereby mortgaging future generations, then it does not make sense to borrow. ‘In sum, borrowing is positive for Nigeria only when it advances economic growth and development.”

Reacting, Nigeria Employers’ Consultative Association, NECA, said there were alternative ways of funding infrastructure, adding that debt should not be the first option.

The umbrella body for employers in the country equally expressed worry over whether the funds being borrowed would be judiciously used, considering past experiences.

The Director-General of NECA, Wale Oyerinde, said: “While we are not against government’s borrowing to fund critical “Cash-Back” infrastructures, we are, however, concerned about the propriety of the borrowing at this time when it has become expedient to drastically reduce our exposure to further debt.

”Of concern also is whether the funds would be judiciously used, considering past experiences. It is no news that the nation’s cost of governance is abnormally high and overboard. Rather than borrowing being the first option, in view of current economic realities, it would be reasonable for the government to realign its priorities and look inwards.

”There are several moribund government structures and assets that could be leased or sold off, rather than leaving them in a perpetual dilapidated state.

“In the last decade, government borrowings have been to fund recurrent expenditure and expensive governance, leaving the country in huge debt with consequences for current and future generations.

”While experts continue to aver that our debt-to-GDP ratio is healthy, the real challenge we must address is our debt-to-revenue ratio which, according to the Minister of Finance, Budget and National Planning, is tending towards negative.”

Speaking in the same vein, Princess Olatunji, financial expert and business consultant, said the country cannot afford not to borrow because the country does not produce what is needed to run the economy.

“Nigeria is not a manufacturing hub. We only consume what other countries produce.

This is why we need an administration filled with economic experts that can transform our nation to a more productive one, so that the need to borrow will reduce” she added

According to Itohan Abisoye, financial expert, the present administration runs the economy like a civil servant without income generation experience or business technical know-how.

“How he thinks is just to use Nigeria’s salary (Crude Oil revenue) to secure heavy loans before Pay day, like most Government workers do.

When the expected salary (Oil revenue) is low or no more coming in (through illegal bunkering, IOC shortchanging us, global oil price drop) we start blaming the lenders and calling them loan sharks because we defualted, instead of taking responsibility.

“We are still paying for Abuja- Kaduna rail project, yet bandits have vandalised it and incurred more debt”.