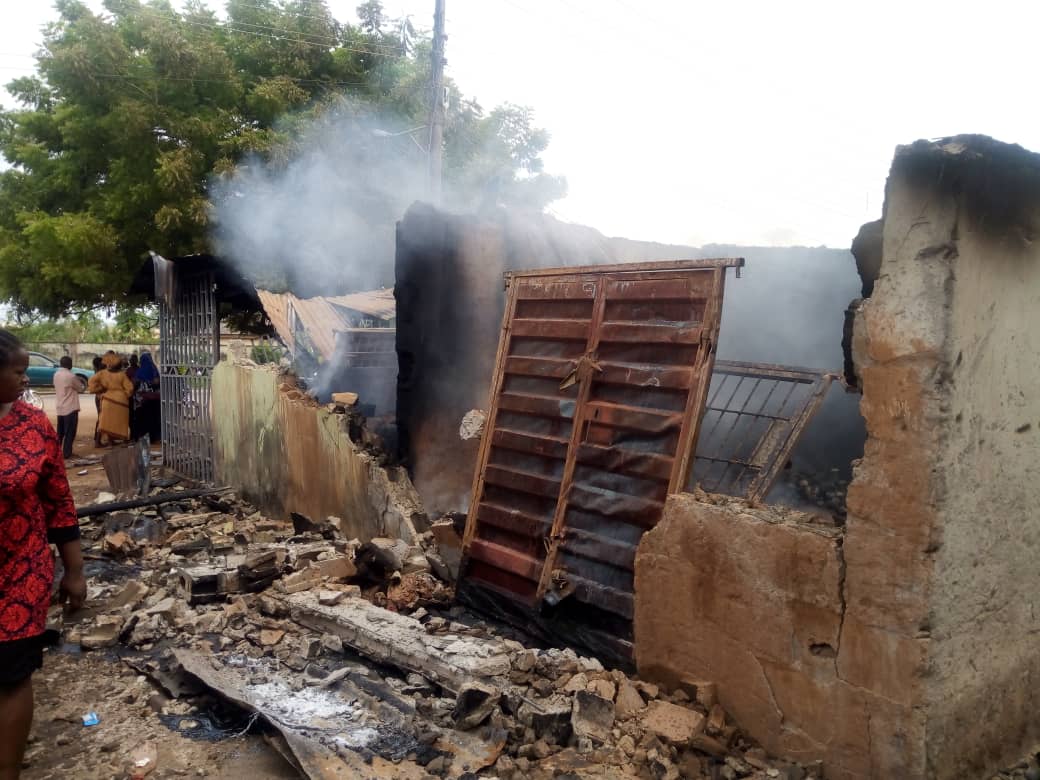 By Sade Adewale
|
Goods worth about N44million were reportedly destroyed in an inferno which razed down shops in Oka area of Ondo town during the weekend.

A trader, Alhaji Hassan Falade Adewale, was said to have lost all the goods in his shops to the fire incident which affected all his six shops stocked with motor spare parts and other valuable

The Hope Metro gathered that the fire incident which occurred along High Court road Oka, Ondo, started around 9:00pm and could not be put off on time, as the fire fighters claimed they had logistic problem.

Sympathisers were said to have called the fire brigade office in the town to come to their aid and end the fire incident. But the fire fighters gave an excuse that their vehicle was faulty.

According to Alhaji  Adewale, the incident happened around 9pm after they left the shop around 7:30pm as usual.

“Before I left the shop, there was no light. So, we had to put on generator. And when it was time to leave the shop, we switched to BEDC light When I got home, I was called that when the light was restored, the electricity sparked and the shop started burning.

“Immediately the incident happened. We went to the fire fighter and they said their vehicle is faulty and  that they could not do anything up till now.

“The shops are six and the goods there were over N44million, because they are all stocked with goods like motor spare parts, lubricants, battery, tyres among others,” he lamented.

Meanwhile, the Caretaker Chairman of the local government, Mr Ebenezer Akinsunlere, who spoke with The Hope Metro on phone said he has visited the scene of the incident, while he promised government’s assistance

It was, learnt that a building behind the shop was burnt last year by fire, because the owner was not at home when the inferno started.