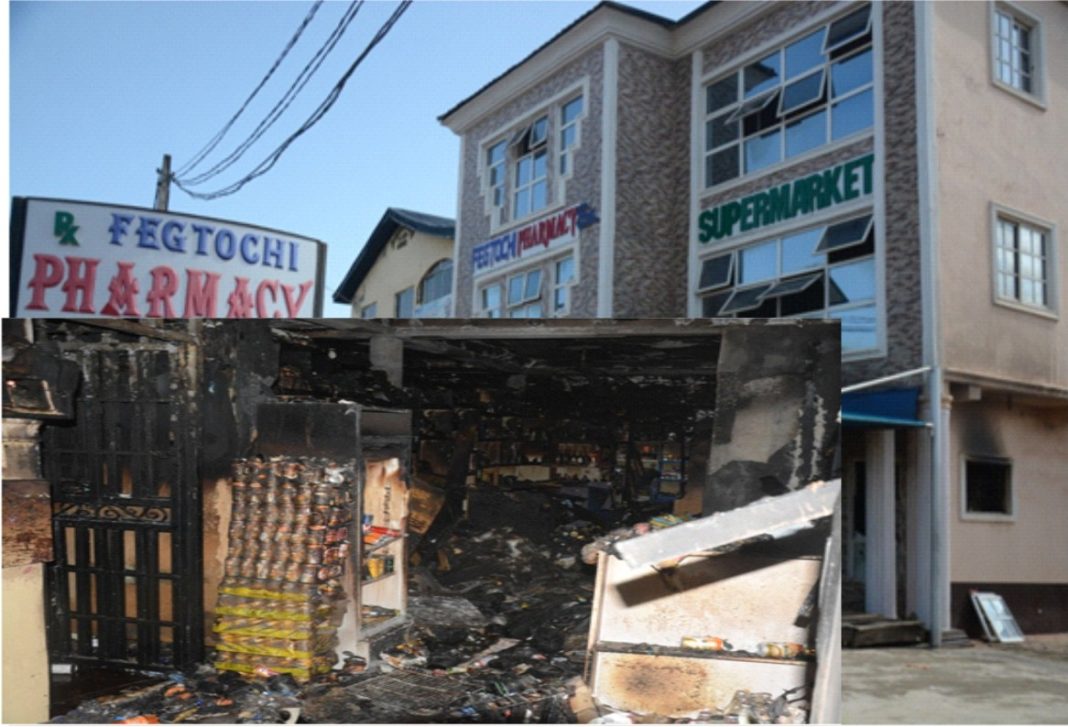 Property worth millions of naira have been lost in a midnight fire that gutted a popular Pharmacy and supermarket in Akure on Sunday.

The incident happened at the early hours of Sunday, October 2, 2022, opposite Total Filling Station, Oluwatuyi area in Akure.

Residents told our correspondent, who visited the scene of the incident, that the fire started around 12:30a.m.

The Hope Metro gathered that the actual cause of the inferno was still sketchy, but some neighbours said they suspected it could be as a result of an electric spark from undisconneted wall socket.

According to some residents, the fire with billowing smoke was emanating from some parts of the building , which made it difficult for neighbours who wanted to render assistance to put off  the fire.

Prior to the arrival of men of the Fire Service, some of the bold sympathisers and men of the Amotekun Corps, who besieged the scene had also attempted to put off the fire, but with little success.

It was also gathered that much damages had already been done to the building before firefighters arrived at the scene.

One of the residents, identified as Patience, narrated that they were already asleep when they heard serial explosions from the store.

She said before they could rush out, the fire had engulfed the entire ground floor of the gigantic building.

As of press time, the value of items and products destroyed by the inferno was yet to be quantified as all the drugs and provision in the store were burnt to ashes.

Efforts to speak with the owner of the store proved abortive as he was said to be devastated by the loss.