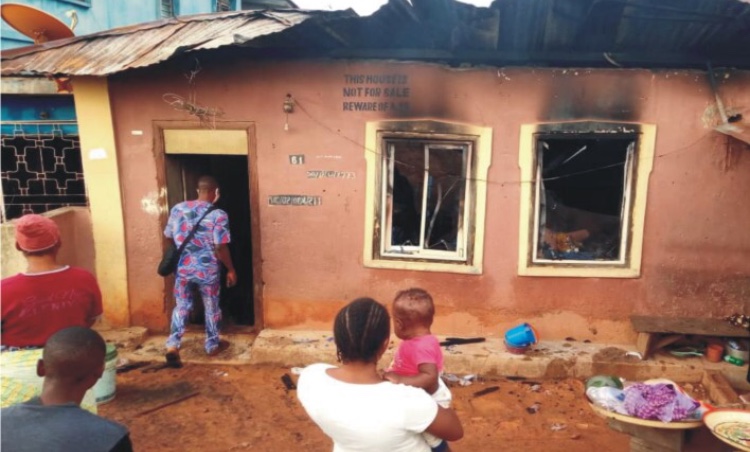 Goods and property worth millions of naira were on Wednesday night razed  by an inferno in Ondo town.

The Hope Metro gathered that the fire incident which occurred around 11:30pm at No 61 Surulere street in the town,  was suspected to have been caused by candle light put on by a visually impaired tenant.

Sympathizers accounts indicated that it took the intervention of neighbours before the fire could be put off as the men of the fire services arrived late.

When our correspondent visited  the area, several residents and shop owners wore sad looks, while some were seen sitting in groups discussing the development.

It was observed that all the property in the building were consumed by the inferno, while victims of the disaster were seen lamenting their loses.

Mr Ojo Adeyemi who spoke on behalf of others appealed to government at all levels and well meaning Nigerians to come to their aid.

Meanwhile, details on the cause of the fire still remained sketchy as at the time of filing this report.