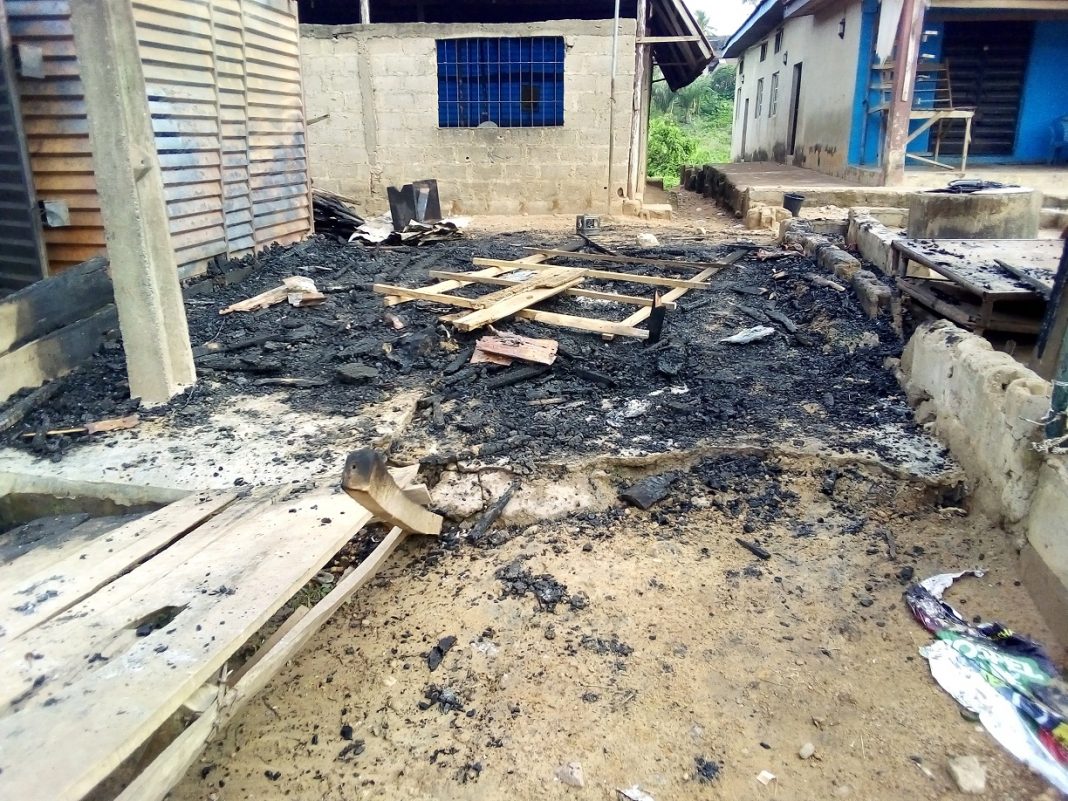 Goods worth millions of naira were on Sunday night razed down during a fire incident which occurred in a  plastic shop located along Reserve garage in Ore, headquarters of Odigbo local government area of Ondo State.

Though the cause of the fire incident about 11pm still remained sketchy at the time of filling this report.

According to an eyewitness who briefed our correspondent, the fire incident started at about 11pm on Sunday night and completely destroyed a shop

The eyewitness said she was in her house located few metres away from the scene of the incident when she noticed the flame of the inferno.

She said she rushed to the area to ascertain the cause of the inferno and later raised an alarm during which other neighbourhood joined her to embark on rescue operations.

Speaking with our correspondent, one of the shop owners in the area, who pleaded anonymity said she was in her house when someone called her on phone and informed her about the incident.

She said the cause of the fire outbreak was still unknown to her.

“My shop was built with wood. If not that other shops were built with mental, the inferno would have razed down the shops within the vicinity,”she said.