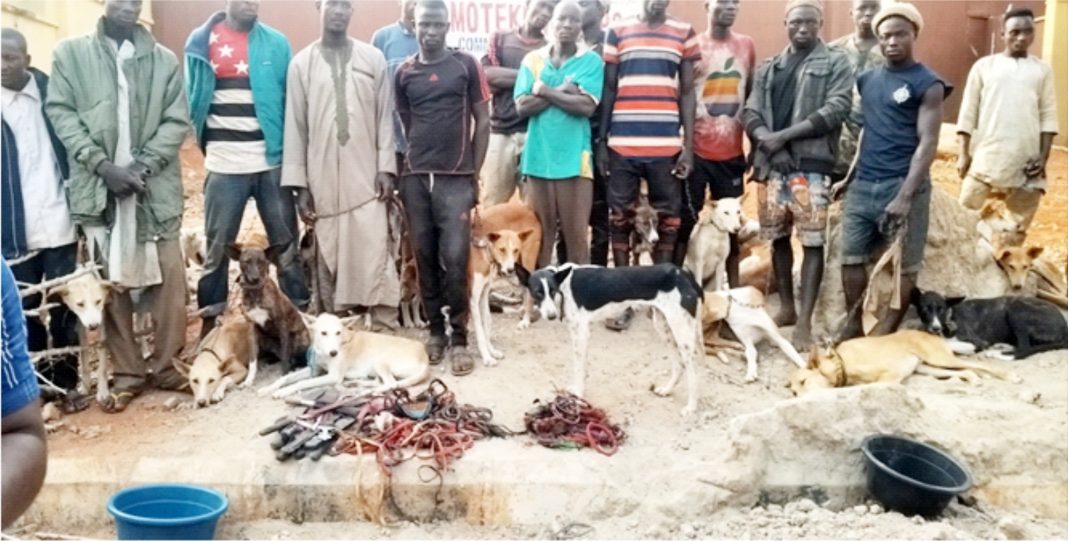 A member of a three-man gang has reportedly shot his colleague dead while fleeing from operatives of the Ondo State Security Network codenamed Amotekun Corps.

The robbers had successfully robbed passengers travelling from Lagos to Abuja at Ifira-Akoko axis of Akoko South East Local Government Area until Amotekun operatives responded to a distress call and engaged them in a gun duel.

One of the robbers was said to have angrily shot one of his colleagues but they were later arrested.

Commander of Ondo Amotekun Corps, Akogun Adetunji Adeleye, who paraded the suspects and items recovered from them, said the robber was shot by his colleague to conceal a secret.

He said the 18 passengers were immediately given first aid treatment.

Adeleye said, “After a pursuit, we found out that the vehicle veered into the bush and men of the Ondo State Security Network Agency followed suit and  when we caught up with the robbers, they opened fire on our men. Thereafter, we were able to apprehend two of them.

“One of the armed robbers was angry with one of the gang members for leaving traces, fired his colleague in the thigh. We knew he was trying to conceal some facts and our men quickly rushed the injured one to a nearby hospital where he later gave up the ghost. Fortunately we were able to apprehend the ring leader and the accomplice of the robbery gang.

“We were able to retrieve the bus with number plate FKJ 430 XV as well as belongings of the victims. We also gave first aid to all the victims, 17 of them and we will ensure that they continue their journey back to Abuja safely.”

One of the suspects, Musa Jamiu, 32, said it was the first operation he joined his friends to execute.

“I am from Okenne and a farmer at Elegbeka, Ondo State. One ‘MG’ called me that why I’m suffering myself as a farmer. He promised to assist me. I didn’t know that he wanted to introduce me to armed robbery.

“On Tuesday, January 11, ‘MG’ called me that I should come to Isua-Akoko junction and I met him there with another person he brought along. So the three of us went for the operation.

“’MG’ was the one who supplied the guns and bullets. The operation was my first time engaging in a robbery.

Narrating his experience in the hands of the bandits, the driver of the bus, Agboola Kabiru, said he was shocked that the robbers were nabbed after carrying out the operation.

51-year-old Kabinu said Musa and his gang suddenly emerged from the bush at Ifira-Akoko and started shooting into the air. His words, “I was forced to stop the vehicle after they began to shoot sporadically into the air. They collected the key from me and drove the bus into the bush.

“Musa dragged me down and took over the wheel. He drove the bus with all the passengers into the bush.

“The funniest part was that there were policemen some meters from where we were stranded but they didn’t attend to us. We were robbed around 3:30 pm and we left that spot around 8:00 pm.”

In a related development, 17 persons were arrested with 35 dogs in Okitipupa area of the state.

According to the Corps Commander, the suspects were noticed by the residents when they attempted to enter a forest behind the Army Barracks in the town and alerted the formation.

Upon interrogation, the suspects claimed that someone invited them from the North but the person could not be contacted when the Corps tried his line.

Amulets, cutlasses, daggers, catapults were among items found on the suspects.

Akogun Adeleye, therefore, said if the person whom the suspects claimed invited them could not be contacted, the formation would assist them in returning to where they came from.