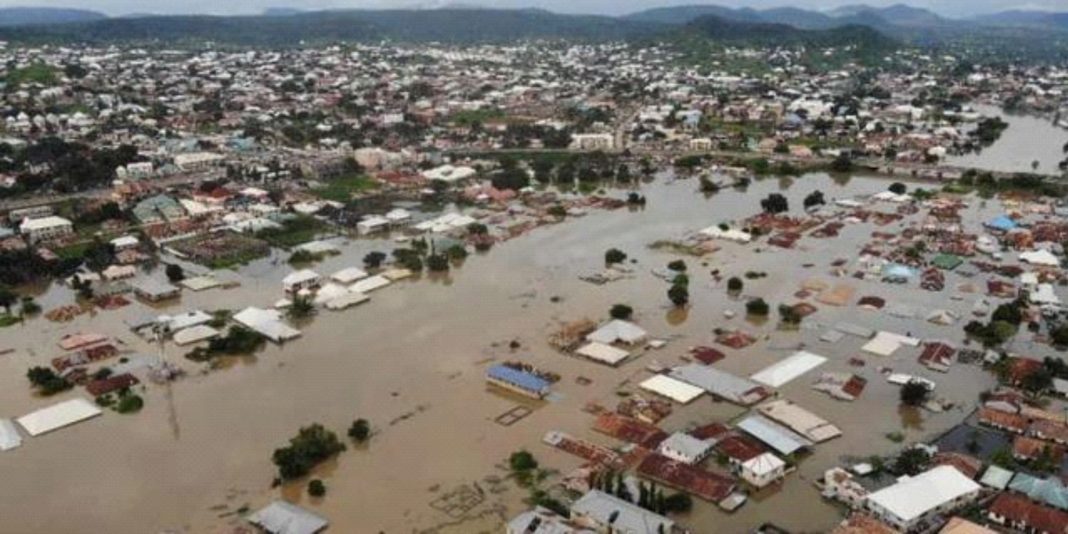 With Nigeria experiencing its worst flooding crisis in decades leading to over five hundred deaths and the displacement of over 1.4 million people across the country, an Environmentalist, Dr. Pius Adeniyi has called on stakeholders to put in place rain water management solutions to help prevent the loss of lives and property to the disaster in the future.

Adeniyi declared this during a chat with The Hope in Ondo

He described the impacts of floods on people, properties, animals and the environment as devastating which can be reduced by putting in place preventive measures by the government and individuals.

He said “floods are of significant concern in agriculture, civil engineering and public health. It is one of the most dangerous natural disasters. The immediate impacts of flooding include loss of human lives, damage to property, destruction of crops, loss of livestock and the deterioration of health conditions owing to water borne diseases.”

The Environmentalist added that the prediction of international environmental agencies about the increase in flooding in the future should be a major concern to government at all levels and individuals in order to prevent the country from experiencing further loss of lives and properties to flooding.

He said “the European Environmental Agency has predicted that flooding may increase by five folds by the year 2050. Everyone has the potential to be affected by flooding. We should all endeavour not to leave the issue of flood prevention to the government alone. This is because six inches of fast moving water is enough to knock a person down and 66 percent of flood related deaths are due to drivers attempting to drive through water that is too deep. All stakeholders should be involved in this.”

Dr. Adeniyi advised relevant stakeholders to adopt rain water management solutions with climate change adaptation and preventive mechanisms  to reduce the flow of water during rainfall all over the country.

His words, “we need to separate rain water from sea water. State of art global systems should be used. Construction of sustainable drainages which allow rain water to drain into the soil and sustain plants should be adopted. We also need to keep our sewer systems clean so that they can do the jobs they are constructed for. We need to create overflow areas for our rivers. We can always hope for the best but plan for the worst.”