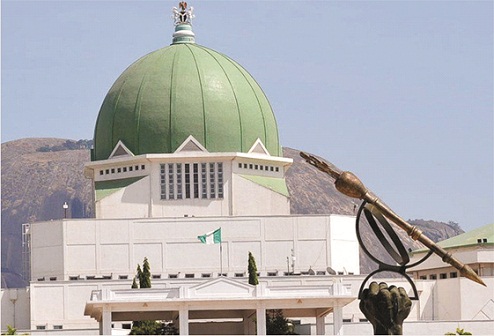 By Jubril Bada
|
The National Assembly lawmakers-elect have been advised to focus on their legislative duties and ensure the 9th assembly experience robust session.

The Chairman of Inter Party Advisory Council, IPAC, Ondo State chapter, Chief Alamuren Ogunbodede, gave the advice in an interview with The Hope in Akure.

According to him, this will be possible by ensuring that what is needful of them is done with the executive arm of government for the 9th assembly to witness smooth session for the development of the country.

He explained that if members cooperate with the executive without subjecting themselves to be rubber stamps, things will work out well as expected for the masses or electorates who voted them in.

Ogunbodede, who also extended his advice to lawmakers-elect at the state level urged them to make government comfortable to the masses and the general public through robust session at their various State Houses of Assembly.

His words:” My advice for the incoming legislators at the State and National Assemblies, they should do all humanly possible to cooperate with executive arm of government.

“If they cooperate with executive without being a rubber stamp to executive, things will go on smoothly and they should not let masses and electorates who voted them in to experience again hiccup in the passage of bills in the 8th assembly.

“The legislature and executive at the national level should not be on the same page, whenever there is disagreement it can be settled by their caucus meeting.

The IPAC boss implored all the lawmakers-elect at all levels to pay more attention to the yearnings of the citizenry, so that, they can benefit from the dividends of democracy.

He commended the State Governor, Oluwarotimi Akeredolu for the role he played to ensure peace after the just concluded general elections in the state.

Ogunbodede also congratulated IPAC for its effort to pilot all political parties for successful conduct of the 2019 general elections in the state even though some pocket of violence were recorded in the last polls.