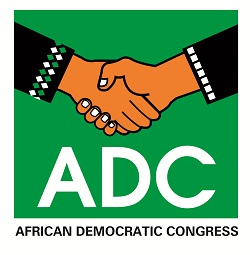 The African Democratic Congress (ADC) Ekiti State chapter has stressed the needs for political office holders in the State to focus on wealth creation and create more employment for the teaming youths in the state.

The party also lamented on how politicians had been opposing the Local Government autonomy, the move which it said has brought about under development to the country

Speaking on behalf of the party in Ikere-Ekiti on Tuesday, the governorship aspirant of the party in the forthcoming governorship in the state, Dr Wole Oluyede, said the party  would take concerted and ingenious efforts for Ekiti to stand afloat economically, with over N88 billion debt, N37.8 billion indebtedness on retirees’ gratuity and arrears of workers’ salary.

“If elected governor , all the LGs allocations will go to them directly to bring development. Too much control of government make things difficult. We must make government more accessible to people by removing bottlenecks, that is what is obtainable world over”.

Oluyede said the state may find it an herculean task to develop if it continues to rely solely on federal allocations to drive development.

“As I was told, the state had borrowed up to N88 billion . We have 2.3m well educated persons having nothing to do. If all Ekiti is to share from the N2.3 billion monthly allocation, then it amounts to N1,100 per month and N35 per day. This is extreme poverty and there is no plan on how to get out of this.

“Our politicians are no longer talking about how to improve our Internally Generated Revenue ( IGR ).Our election is now see and buy, until we gain the insight and believe that we are poor, we are not going to solve our problem”.

“Under my government, students will have access to informal and formal education. We need to have education system that is geared towards problem solving. In Britain, Uk, Australia, and China, they started teaching students how to solve problems from age 3.

“In the area of health,  our hospitals will be equipped based on needs and not by just purchasing equipment that will not be useful. We will ensure effective communication among the primary, secondary and tertiary health institutions for quality healthcare delivery”, he said.

2023: Zoning should not weaken our chances -PDP