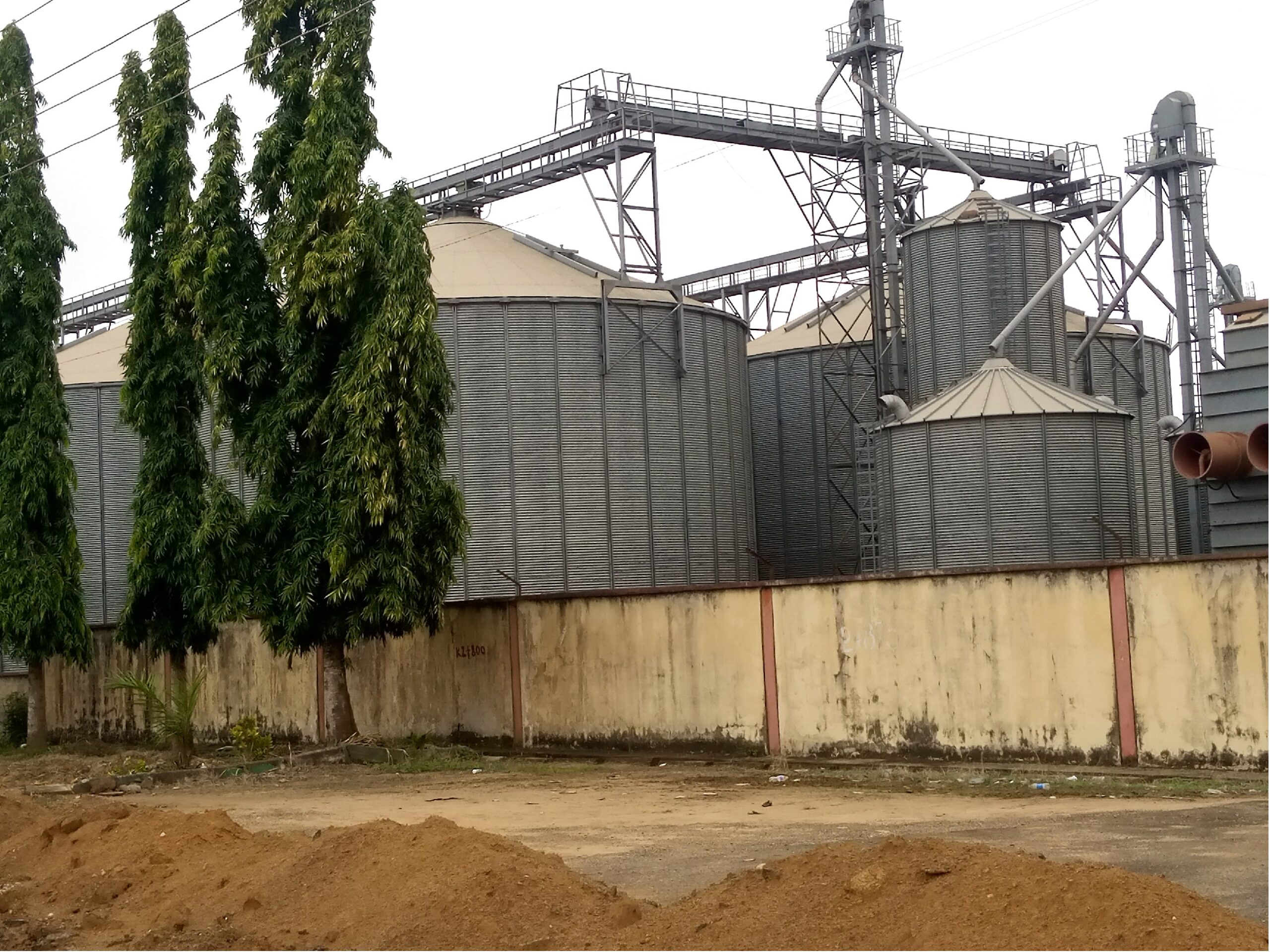 Nigeria may face a worsening food crisis as the country’s Silos, particularly in agrarian states are empty of grains, The Hope can authoritatively reveal.
Badly hit are the feed millers, those producing flour, corn flakes and confectionaries using maize as major raw product.
The imminent food crisis may be further aggravated due to the ban on importation of maize. The country had largely depended on importation of 60 percent of its maize from Brizil.
As a result of the importation deficit, the Miller’s are now constrained to source for the product locally.
Investigations by The Hope revealed that most of the silos in the country are empty of grains caused by herders’ attack on farmers, low food production, geometric rise in the nation’s population and ban on importation.
The Hope reporter who visited the silos’ site along Oda Road in Akure observed that no single grain was available in any of them. It was further gathered that the situation had remained like that for about two years.
Reliable sources confided in our reporter that even Garri kept in the silos had also been exhausted.
Speaking with The Hope, Ondo State Coordinator of the Federal Ministry of Agriculture, Mr Tony Otuonyi confirmed that the silos are empty.
According to him, “It was garri that was stored there and late last year, they were evacuated. The silo is empty and there is nothing to talk about it,” he declared.
To starve off an imminent food shortage, agricultural experts who spoke with The Hope called for an urgent agricultural conference of all stakeholders.
They warned on the consequences of having a shortfall in food production and lack of grains in the silos. They also recommended the need for government to subsidise tools and crops for farmers, increase allocation for agricultural sector, end herdsmen attacks on farms and put the farmers at the centre of agricultural-policy formulation.
They further charged Ondo State government to be more proactive in increasing the production of grains beyond immediate consumption .
The Director, Teaching and Research Farm in Adekunle Ajasin University, Akungba Akoko, Dr Jibayo Oyebade said government should organize agricultural exhibition for farmers in the three senatorial districts to present their natural endowments for agricultural produce which will help bring out the nitty-gritty of how to approach agriculture in the state.
Oyebade, who observed that COVID-19 pandemic has exasperated food crisis in the country, said it is government’s prerogative to increase production to tackle deadly post pandemic food crisis.
“If there are no strategic efforts by government to produce arable crops especially grains that will be stored in the silos. Government must intentionally clear up massive lands and open up lands for youths to maintain. They can encourage youths to look at the areas where they are naturally endowed to increase food production,” he suggested.
A Chief lecturer at the Federal College of Agriculture (FECA), Dr Emmanuel Moyinjesu also made a strong case for food subsidy by government to the people.
He also advised Ondo state government to adopt the Growth Enhancement Scheme (GES) of the federal government to ensure that inputs get to farmers at designated points. Other recommendations by the agric experts are involvement of agric stakeholders and technocrats by the Ministry of Agriculture in policy formulation and implementation, increase in budgetary allocation for agriculture and increase in the number of silos in the state.
Also speaking, the President, Farmers Congress in Ondo State and Vice Chairman, All Farmers Association of Nigeria, South West Chapter, Mr Monilari Abayomi attributed the present food crisis to COVID-19 pandemic, herdsmen attack on farmers, unavailability of farming equipment and loans to most of farmers in the country.
He said government was not doing enough to meet the challenges on ground which might metamorphosed into “hunger virus”, “crime virus” and “death virus”.
“If government is serious about farming, it should meet with real farmers and not political farmers which will lead us to nowhere. It is the farmers that know what to do. But when government is making a policy in agriculture, they never call the stakeholders who are on the fields to tell them the problems being faced and how to overcome them.”
Chairman, Ondo State Agricultural Commodity Associations, Mr Oluwagbemiga Obaweya advocated for massive opening and clearing of farm lands for as many people as possible.
Obaweya also called for joint efforts between the state and the federal governments to provide funds to farmers by constructing motorable roads to rural areas and ensure safety of farmers.
The National President, Nigeria Cassava Growers Association, Pastor Segun Adewumi, who described the present crisis as short term, urged government to look into building of more silos as the existing ones will be filled by the time the government efforts started yielding results.
He applauded the federal and state governments and for providing lands for special programmes. “We have a five star programme where five hectares were given to each interested farmer and we are presently working at Ore and looking for where we can get more lands for the programme.”
Adewumi, who declared that his association had accessed over N10b for agriculture this year affirmed that such efforts, among others, would combat post COVID-19 food crisis.
He however called on government to critically address the issue of insecurity in the farms which he noted has been discouraging peasant farmers.
Ondo State Commissioner for Agriculture, Mr Adegboyega Adefarati observed that agriculture is a process and not an event, and that the state had given immediate assistance in terms of soft loans and agric implements to farmers to boost food production.
His words: “We have done a lot to alleviate the sufferings of the people because we foresee that there is going to be food crisis after the pandemic.”
He noted that the state was also in collaboration with the federal government to ensure food supply and security in the state, adding that farmers from state are currently undergoing training in Abuja as part of the measures to curtail food crisis in the state.