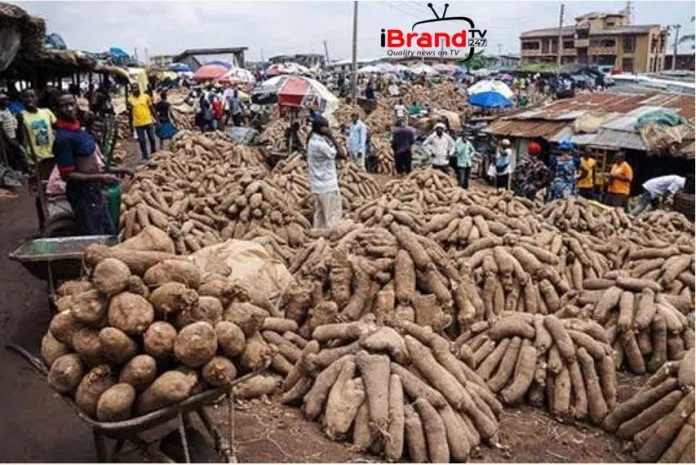 Ekiti State Government has disclosed that it has taken delivery of tractors, farm implements, agro-chemicals and other farming facilities as parts of Federal Government support for farmers in the State to boost Agricultural production.
The Governor of Ekiti State, Dr. Kayode Fayemi, who received the items explained that the supports include, 75 horse power tractors with implements, surface dressing of 4.5kilometers road, 3.6 kilometers earth clearing road, 4 solar power boreholes for dry season farming.
Others included pesticide and insecticide made up of 200 litres of weed crushers, 400 litres of clear weed,200 litres of relifuron, and others.
He commended the agency for keeping to their promises, adding that it would support government’s intention to achieve food security.
The State Coordinator of NALDA, Mr Adekunle Adeniyi who delivered the items commended Governor Fayemi for his passion and commitment to transforming agriculture in the State.
He disclosed that seeds, fertilizer, tractors and other farm supplements would soon be delivered.
Also, the Commissioner for Agriculture and Food security, Dr Olabode Adetoyi said that NALDA had cleared 100 hectares out of the 1,200 hectares available for farmers along Oke-Ako and Irele axis in Ikole local government area.