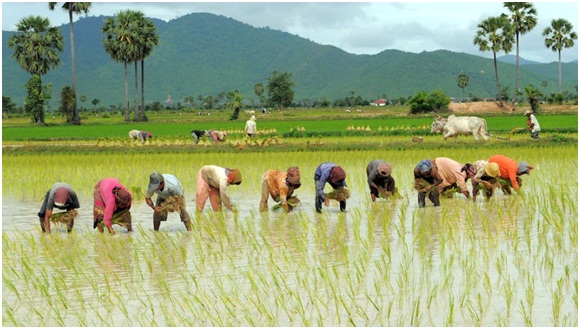 There will be shortage of food, if government fails to assist farmers as costs of chemicals are beyond their reach, the Chairman, Ondo State Rice Farmers Association (RIFAN), Bukola Emmanuel has warned.

He gave the warning in an interview with The Hope in Akure.

Emmanuel decried the high cost of chemicals, saying chemicals that used to sell for N1,200 has increased to N6,000.

He noted that four bottles of  chemicals are needed for an hectare of rice plantation farm and that farmers are getting ready to commence first planting in April.

He appealed for government assistance in the area of input which according to him will determine their ability to produce food this year.

Explaining further, Emmanuel said government can help ensure that the price of chemicals are affordable for farmers.

While speaking on celebrating rice pyramids like other states, he said the pyramid issue is just to showcase that the state is planting rice.

“If we have assurance from government and government shows interest in sponsoring the programme, we are equal to the task but it is not farmers’ programme to single handedly jump into such,” he stated.

He said there has been an  improvement in rice farming as more interested farmers are joining.

“Federal government assisted us and improved the situation.

“Farmers have come  together at Uso, Ogbese and other areas which have resulted in massive production.

More than 100 farmers are in every location producing,” he said.