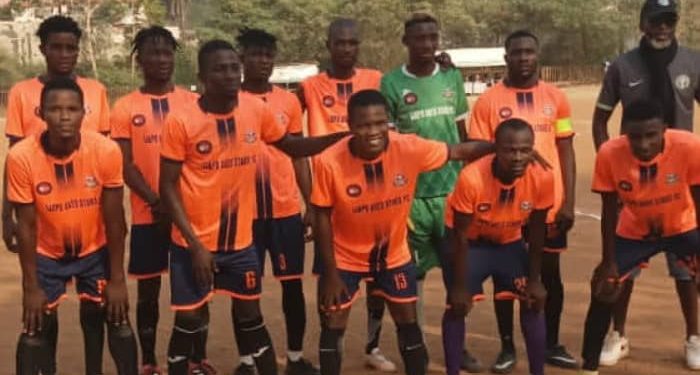 Ages FC were the defending Champions of the 13th edition of the competition held in 2021.

The final match between the two teams ended in a barren draw in the regulation time.

Barrack Eagles would have stole the show in the second half of the encounter, after a penalty was awarded against Ijapo Ages .

But Ijapo Ages FC Goalkeeper, Francis Ayomide Gabriel saved from the spot to take his side back to the game.

Efforts from both sides to make a difference were not successful as the match ended in a goaless draw, before Ijapo Ages FC were crowned champions of the 14th edition of the competition.

Ijapo Ages Goalkeeper also saved two penalties during the shoot out to ensure his side see off their rival with 4-1 victory.

However, the organisers, promised to pay the winners prize in a month time as against the initial agreement.

Arsenal outgun Spurs to extend lead at the top