Forgo your position for victory in 2023, Ayu urged 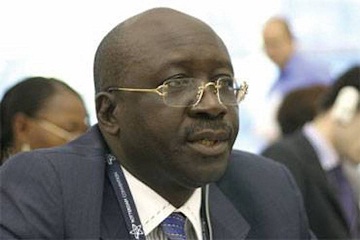 Former Publicity Secretary of the Peoples Democratic Party, PDP in Ondo State, Zadok Akintoye has advised that if the resignation of Iyorchia Ayu, the National Chairman of the party  is the solution to winning the 2023 election, he should resign.

He said this in an interview with The Hope.

Akintoye, who urged Ayu to sacrifice his position as national chairman of the party, said it will be fair for the PDP to try as much as possible to go into the election with united focus.

Recall that Nyesom Wike, Rivers State Governor and his allies have been calling for the resignation of Iyorchia Ayu as the party’s chairman, saying that Ayu and Atiku Abubakar, the party’s presidential candidate, cannot come from the same region.

According to Akintoye “the South under Wike is negotiating, looking for the purpose of fairness considering the character of the country at the time when we need to preach inclusiveness.

“The national chairman should sacrifice his position so that power can be shared before the substantive president is elected in favour of south.

The chairmanship position of Ayu, he said is a constitutional issue through election at the party’s convention to be in power.

He, therefore, noted that the issue on ground was no longer about constitution, it was about negotiation for fairness, justice and equity to reign.