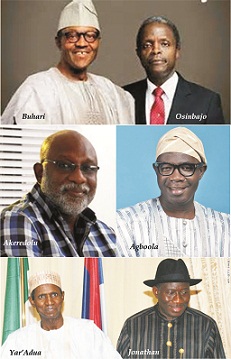 By Theo Adebowale
|
There was a flourishing company in one of the South West states in Nigeria where the Chief Executive Officer had no deputy for some time. He was commended for managing the workload and assured that once the situation improved, he would have a deputy.

After a while, that vacant position was filled, hoping the Chief Executive would free himself of some load by devolving some responsibilities to his deputy. Rather, the man continued to discharge his duties without assigning any to his deputy, somehow rendering him redundant. Requests of his deputy for assignment were ignored, later the boss began to show hostility to his second in command.

The gentleman approached the sales department where he was given a role to play. Perhaps, the boss would recommend his deputy for transfer or discharge, but deputy would not wait for that to happen. Gradually, the fortunes of the organisation continued to expand justifying the management style of the boss.

Before long, there was a fraud traced to the office of the overall boss. He proved his innocence but insinuated that if his deputy had not been redundant, the fraud would have been avoided. Investigation revealed how the nominal deputy had been marginalized, but had chosen to engage in marketing and improving the fortunes of the organisation.

This trend is observable in different organisations in the land. In private organisations including socio-cultural groups, those that were educated, selected or appointed to assist the Chief Executive are rendered redundant. The boss deliberately seeks to frustrate his deputy so he or she would not share with him the glory of the office. There are instances in which such deputies also outstaged the substantive authority in order to succeed him or her. It is a dangerous world. One therefore may want to know why organisations, formal and informal created and retain the office of the deputy. Apparently it is to accommodate disruption arising from uncertainty of human nature. The organisation would not want to be jeopardized by health, domestic situation or preference of an individual, but here, a key official. Where the Chief Executive falls ill, or has a serious domestic issue, or even wants to withdraw his services, the organisation should be able to carry on without disruption to its services. Hence organisations, institutions and the state provide deputies for the Chief Executive and strategic offices. Tertiary institutions set up committees to provide specialized support for rational results; regrettably, there are actors in such systems that employ committees as smokescreen to achieve self interest. A Chief Executive there was that would set up a committee and go ahead to implement his personal decision even before such a committee submitted its report. Many social organiations including churches fall into this category. The founding pastor appoints a versatile associate as deputy only to overrule him in several instances, rendering him redundant until a crisis situation arises which he would not want to handle or lacks temperament or competence to handle. The idea that the position deliberately grooms a successor is what many of them cannot live with. Any surprise there was a church where at every service was a prayer point that the General Overseer would live forever. When a church member requested God to raise his biological children to preach the gospel after him, he turned it down preferring they would access prosperity in the secular world.

But there are Nigerians who allow their deputies a breathing space, and believe that visibility of the deputy does not diminish authority of their office. In the Second Republic, Chief Adekunle Ajasin applied for the leave of the Ondo State House of Assembly, handed over to his deputy and Chief Akin Omoboriowo was sworn-in Deputy Governor. President Muhammadu Buhari handed over to Prof Yemi Osinbajo who was sworn-in as Acting President, and he acted in that capacity for a long time. The current Governor of Ondo State also handed over to his deputy when he went on leave. President Umaru Yar’Adua handed over to the Vice President when he went abroad for medical treatment. These are public officers who complied with constitutional provisions unlike the majority in their class who do not find it fashionable to do so. But many would not blame such an infringement because it is a product of activities of political jobbers that have access to the ears of the Chief Executive. Their relevance is sustained by feeding the Chief Executive with rumours and half truths. They also manufacture stories to discredit others. They employ detectives and security agents to corroborate their reports. Many a time, they feed the Chief Executive with falsehoods to seek relevance and to create an enabling environment for their schemes. During the tenure of Governor Adebayo Adefarati, some posters of Dr Rahman Mimiko were brought to His Excellency to show that one of his commissioners was campaigning to be governor. These rumoour mongers have disrupted working relationships. They have successfully estranged Governors and their deputies bringing about impeachment apparently due to immaturity and impatience of the substantive Chief Executive and sometime the deputy. Alhaji Ali Olanusi was impeached by Ondo State House of Assembly only for the Judicature to reinstate him when the tenure of Dr Rahman Mimiko, his principal, had expired. The costs would be borne by the state so the boss does not care.

In Igede Ekiti some 20 years ago, a thriving new generation pentecostal church opened shop with a pastor and an associate to preach the gospel in season and out of season. No sooner had they assumed duties than they started exchanging fisticuffs. If men of God treat their associates with contempt inspite of the unction they claim to flow in their vein, one can only imagine what can go on between the Governor and his deputy. There was one in a Yoruba speaking state in the last dispensation, we were told, his commissioners squatted before him with their files. His deputy prostrated before him. That governor is in his 60s. What about Governor Yahaya Bello? The governor of Kogi and his deputy were so careless in their offices until busybodies, enemies within and envois politicians had wedged between them inscrutable differences which might be flimsy and unfounded. The probe panel that examined allegations against Deputy Governor absolved him of the allegation but that did not stop his impeachment and removal from office and promotion of Chief of Staff to Deputy. Whatever liabilities may arise cannot be business of the Governor, Kogi State would bear it.

But wait a moment. What is the place of All Progressives Congress on crisis between members, and disputes within the Congress? Is there no mediatory role for the Congress? Does the party have no authority for conflict resolution and internal mechanism for enforcement? Many right thinking watchers of Oyo State politics knew that APC was heading for the rocks under Senator Abiola Ajimobi and expected his party to call him to order. Nothing of the sort happened. In Zamfara and Rivers states intransigence of party leaders led to APC not folding candidates in the General Elections 2019 and a great loss to the party.

Back to the Chief Executive and Deputy. The 1999 Constitution of the Federal Republic of Nigeria assigned statutory functions to the Vice President. Presiding over the Economic Committee of government is enough assignment to keep a serious minded Vice President busy to meet the demand of the populace. A similar responsibility for Deputy Governor, or even Vice Chairman of a local council would give them focus, and in a way protect them from rumour peddlers. Much more, the demands of office of the Chief Executive at all levels of governance require that men and women that occupy them must be mature, disciplined and patriotic. If their loyalty is to the Nigerian state, they would not contradict themselves. All Progressives Congress must give hope to Nigeria by exhibiting discipline and maintaining sanity among members at all levels.

The intellectual and ideological content of the party needs critical attention to function as the progressive camp of the political class. A class of disciplined politicians would turn the table against corruption, whereas the Chief Executive and deputy in an antagonistic relationship exhibit corruption. When a knowledgeable patriot is deputy, he or she reinforces the regime to deliver good governance and make the party popular.