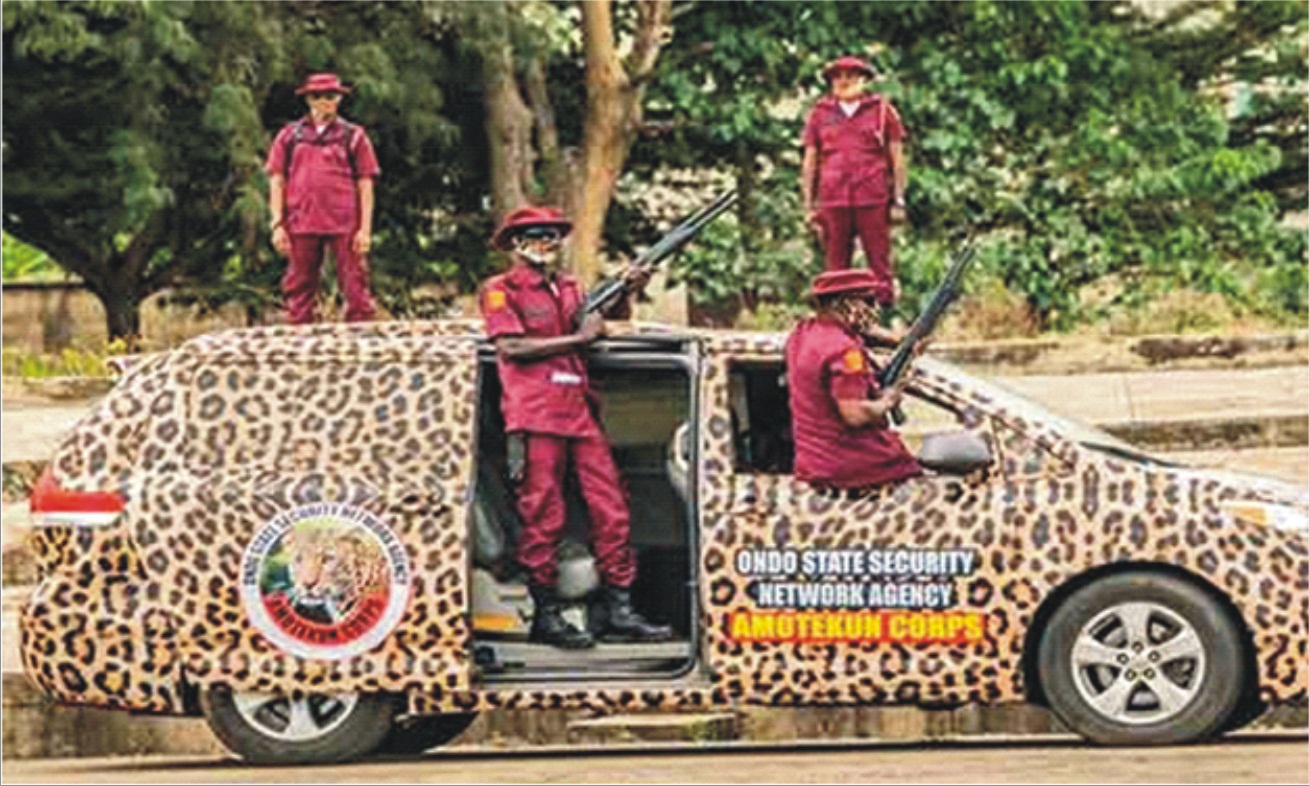 Barely 72-hours after two men suspected to be kidnappers were arrested in Ido/Osin local government of Ekiti state, another four bandits were at the weekend apprehended by the Ekiti State Security Network Agency codenamed Amotekun Corps.
The suspects identified as Abubakar Sule, Sheu Usman, Abubakar Babangida and Sheu Mamuda.were arrested at a forest at Eda-Oniyo community in Ilejemeje local government of Ekiti state.
The Commander of the Corps in Ekiti State, Brigadier General Joe Komolafe ((rtd)), who confirmed this to journalists in Ado-Ekiti on Sunday, said the suspects came into Ekiti from Sokoto state and were arrested while on motorcycles by the operation of the Corps during a routine patrol in the area.
Komolafe disclosed that upon their arrest, the suspect who are purely Fulani could not give satisfactory responses as to their mission in the state but confessed to be kidnappers, while materials found on them included a long rope which they confessed were used to tie kidnap victims in the bush.
He said, “Our men on routine patrol intercepted these four persons suspected to be kidnappers when they were making their ways into the state from Sokoto state. They have also made a confessional statement which will help the corps on further investigation on the matter.
“They told us they were coming from Ilorin, Kwara State capital, on motorcycles after they were brought in from Sokoto State in a truck few days ago. Upon questioning, they said they were heading to Akungba Akoko in Ondo State, but with no clear mission here.
“What we found on them clearly gave them away as suspected kidnappers and also with their confession. One of them clearly wrote on his motorcycle in Hausa language, ‘Duniya Ba Hutu’, which means, ‘No Peace in this world.”