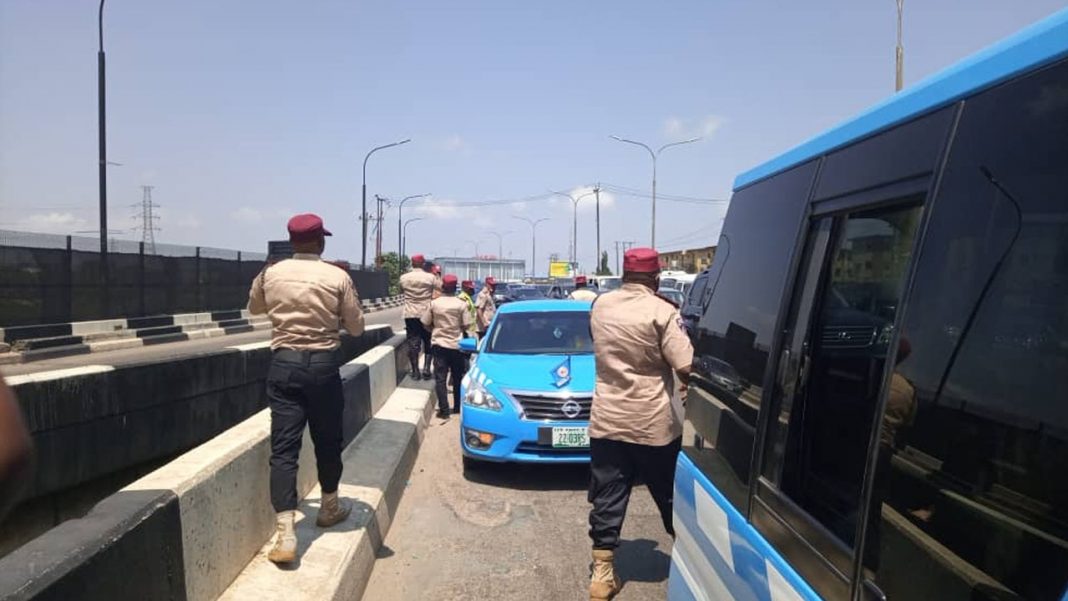 Federal Road Safety Corps, Osun State Command has launched Operation ‘Lights For Life’ specifically targeting vehicle light sign violations.
The command would from today, clamp down on vehicles with defective lighting systems, such as bad rear lights and fixing of beacon lights in place of headlamps.
In a press statement by the command’s Public Education Officer, Agnes Ogungbemi, the Sector Commander, Paul Okpe attributed most road traffic crashes occurring at night to motorists that evade arrests during the day, with most of their vehicles having defective lighting systems.
The FRSC boss disclosed that enforcement shall be continued and replicated in all FRSC formations across the State to bring violators to book.
Okpe, however, advised against night travels which he described as dangerous.
“The Command’s Public Enlightenment and Education Unit shall continuously educate the motoring public with an emphasis on the imperatives of having functional lightning system in vehicles, alongside effective patrol operations across FRSC formations in Osun State, in order to achieve the desired goal of reduction in road traffic crashes, injuries and fatalities.” the statement said.