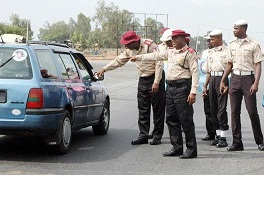 Speaking with The Hope Metro in Ore, Unit Commander, ACC Olusegun Aladenika, said the FRSC was sensitise the transport unions in the area on the dangers in overloading and overtaking on highways.

He urged them to rise against overloading of commercial vehicles at parks and terminals, saying it would expose passengers to Corona virus disease.

He stressed the need for the union’s executives to stop road encroachment by parking their vehicles on the road, thereby creating illegal parks and preventing free flow of vehicular movement.

According to him, all vehicle owners and drivers should ensure proper maintenance of their vehicles at all times.

Aladenika advised  road users against speeding while driving, saying such act could cause more disasters and casualties as recorded when vehicles travelled at higher speed than what is obtainable at lower speed.