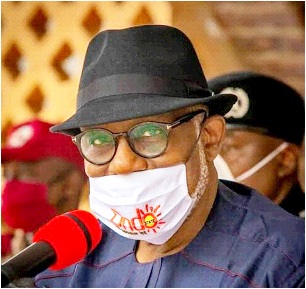 Ondo State Governor, Oluwarotimi Akeredolu, has warned petroleum marketers and fuel station owners to desist from hoarding the products and creating artificial scarcity in the state.

The Governor said the warning became imperative after observing the persisting queues at fuel stations in the state, particularly in Akure, the state capital.

Akeredolu frowned at the unnecessary hoarding of the products by fuel station owners.

In a statement signed by his Chief Press Secretary, Richard Olatunde, the Governor asked all petrol stations in the state to dispense fuel in their tanks at the regulated Pump Price to ease the people of the long hours spent at fuel stations.

Governor Akeredolu had directed his Task Force to move around the state for total enforcement.

The Governor reiterated his administration’s readiness to deal decisively with operators of any fuel station found hoarding product.

Meanwhile, the Senior Special Assistant to Governor Oluwarotimi Akeredolu on Special Duties and Strategy, Dr Doyin Odebowale, who led government Taskforce and enforcement operations in the state said any marketer who hoards the product would have himself to blame.

He explained that since the artificial fuel scarcity began two days ago, the government taskforce has been moving round to ensure no fuel station hoards the product.

He said Governor Akeredolu, has directed that nobody (fuel marketer) is permitted to leave the product in any dump (tank) in Ondo state without selling it to people.

According to him, government would not allow the people of the state to suffer unjustly in the hands of evil ones, even as he warned against selling above official pump price.

Odebowale said the Taskforce has been selling  fuel in stations that refused to sell to customers in the state.

Odebowale equally warned marketers against sharp practices, saying government will not allow any forms of exploitation from any marketers.