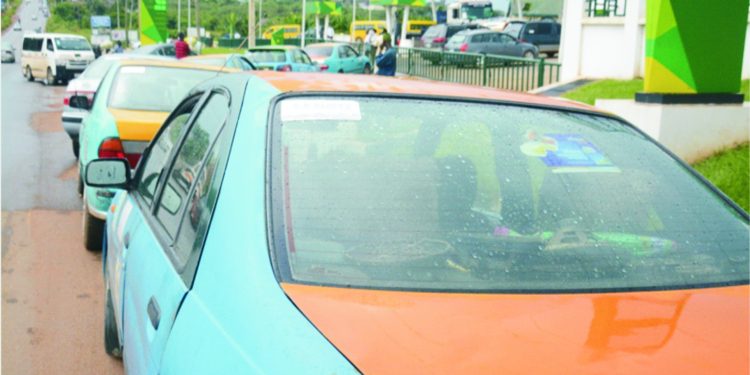 Vehicles on queue at a filling Station in Akure…yesterday Photo: Stephen Olajide

The situation became chaotic especially at filling stations selling between #180 and N320 per litre as buyers struggled to buy fuel even putting their lives at risk blocking the roads.

The Hope reporters who went round to observe the situation however sighted some security operatives including police and Amotekun Corps trying to clear the roads .

Many filling stations in the  State capital have not been dispensing fuel for weeks,  fueling speculations among members of the public that there was no fuel.

At all the stations visited , motorists discussed what they went through ,from sleeping in their vehicles all through the night to leaving their houses early in the morning to queue.

Some of those who spoke  Mr Oba Adebayo and Mr Joseph Ojo expressed sadness that government could not resolve the fuel problem since November 2022 even as elections  approach.