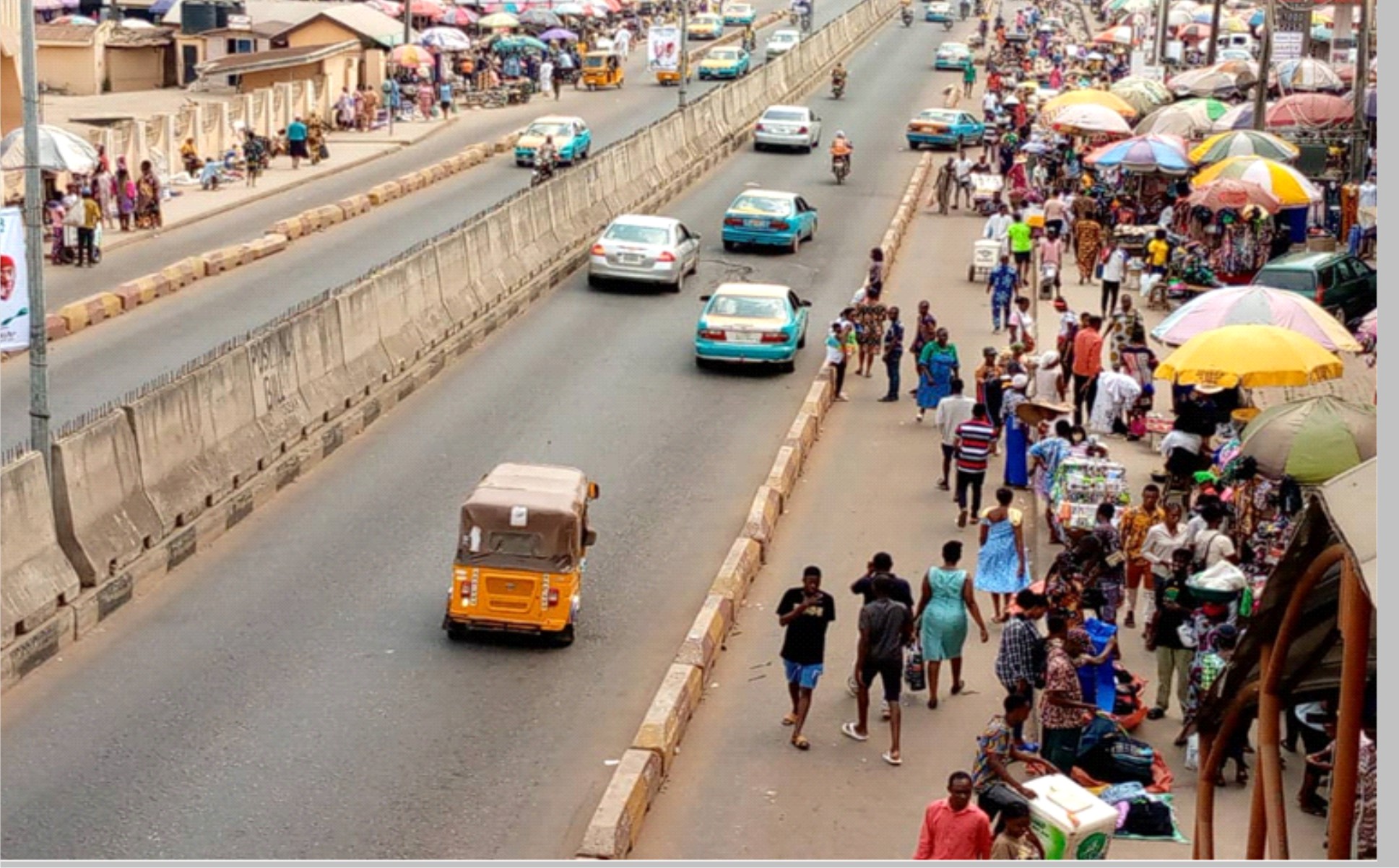 Some of the inner roads were taken over by some youths as their football playing fields while the commercial areas like Arakale and Oba Adesida roads were deserted by motorists grounded by the  scarcity.

The fuel scarcity which started in some major cities in the country such as Lagos, Abuja, Ibadan, was first noticed in Ondo State about two weeks ago.

The situation has since paralyzed commercial activities across major cities in the country.

The product, which affect almost all Nigerians directly or indirectly, has been scarce with attendant sharp increase in costs of transportation, food items and services.

The Hope findings showed that larger percentage of workers, traders could not go to their offices and market as they have to pay triple of the normal transport fares to get to their destinations.

Many social engagements and events slated for this weekend have been cancelled or shifted due to the fuel crisis.

Those who spoke with The Hope said fuel is a major determinant of the costs of goods and services, stressing that the recent increase in price and scarcity of the product had greatly affected their businesses.

While lamenting the effect of the hike on her business, a dealer in clothing attires, Owoyemi Alaba, called on the government to find a lasting solution to the problem of fuel scarcity in the nation.

“Everyone knows that majority of commercial activities and running of businesses are dependent on fuel and an increase in price or scarcity of any of the products will have an immediate effect on goods and services.

“As I speak with you, I honestly do not know how much I will sell because if the price is too high, patronage will be affected. All we can do is to appeal to the government to please come to our rescue because we just cannot continue like this.”

Another business man, Deji Adebiyi who deals in aluminum glass installation lamented the increase in the prices of goods, stressing that it all boils down to the increase in fuel price and scarcity.

“Fuel, both diesel and petrol is a major determinant of the success or otherwise of any business. This hardship is just too much and it is gradually becoming unbearable, we beg the government to please come to our aid, we have no other country to run to.”

Ademola Taiwo, a dealer in electrical appliances also said “my business has been badly affected in the last few days and my sales have not been as usual.

Faith Odeyemi, a teacher, described fuel scarcity and hike in pump price as an annual ritual which she does not want to talk about because it was annoying.

Funmilayo Akintade, a freelance broadcaster, lamented that it had not been easy coping with fuel scarcity and increase in pump price.

Her words: “Due to epileptic power supply for some weeks, we’ve had to depend on fuel for the generator. Meanwhile, to get the fuel is equally hard. One has to pray and trust God for direction on where, when and how to get it.”

She said she had to look for means of augmenting her income, so that the unpalatable situation would not deflate her savings.

An agriculturist who did not disclose his name said that in his line of business, he is currently burdened and negatively impacted by the raging fuel crisis.

To transport his farm produce to town he said it was becoming very difficult, cab owners are increasing their fares five times, a situation he described as very worrisome.

He recommended that government should build new refineries, saying, “if not, Nigerians will keep paying more for fuel consumption, because of the additional cost of importation.”

Report from Ondo North said that the price of the commodity is being jerked up every hour in few stations that were selling the product without the fear of supervisory or monitoring agencies.

Report from Ikare Akoko, the commercial nerve centre of Akokoland, said about four stations were selling the product.

As a result, black market is now booming in various towns in Akoko and Owo where fuel is now being sold in gallons with prices ranging between N400 and N500 Naira per litre.

A pensioner from Etioro, Alhaji Ibrahim Oyeniyi, wondered how this can be happening without government calling the dealers to order.

A commercial motorcycle rider, known as okada, Ojo Are, said Nigerians need explanation from authorities what led to this problem at this particular period of the year and very close to the 2023 general elections.

It was the popular consensus of residents that government must make pronouncements on it and make life meaningful for the downtrodden without much hardship.