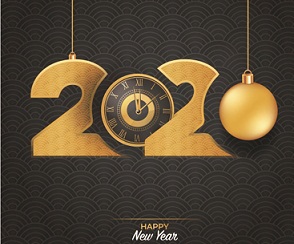 BY Bayo Fasunwon
|
The long awaited year 2020 has truly arrived. When past governments echoed the Vision 2020, it seemed that the year would delay in its arrival, and time was on the side of uncommitted leadership to achieve the glorious vision. Alas, the long awaited year has come and the vision still suffers eye defects. The Yorubas have a saying that he who owes and promises to pay in 20 years time should know without any doubt that 20 years would soon become the next day. Our next day is here at last; and the promises are still prayer points on the altar of deceit.

This is the period of the year when resolutions are made by many. New Year resolutions, it is called. Wives are happy when husbands resolve not to engage in drunkenness and domestic violence; children are happy when parents resolve to supply their needs; employers are elated when a recalcitrant work resolves to turn a new leaf, and the masses are ecstatic when government resolves to obey the rule of law. These resolutions, at whatever levels, are in the true state of the word, promises made in the New Year, and which are expected to be fulfilled.  Have you made your resolutions for the year?

Promises are sacred statements which are meant to be fulfilled. Promises are yardsticks that measure the performance of those who give them. Therefore, actions, speeches, mannerisms, policies, and inactions are interpreted within the context of the promises made hitherto. In this light, praises and criticisms are on the basis of the perceptions about conformity or deviations from the promises made in the beginning. Unfortunately, many promises are made in order to make the hearers happy and relieved for a while. Some promises are also made with a genuine, but ill-informed or un-informed heart. Therefore when the wrong data are used in making promises, the end is always bitter.

Unfortunately, observations and researches show that only few fulfill their promises to their family, community and nation. Many resolutions are always carried over into another new year. Apart from many trivial and delimiting factors, insincerity, and lack of commitment have been identified as the bane of the failure of resolutions. Often times, those who make promises are convinced that their hearers are forgetful listeners and too busy to monitor their commitment to their resolve. However, it is a known fact that the dynamics of life may seek to prevent the fulfillment of promises, but a committed person would give it all it takes, make sacrifices in order to ensure that promises made are kept, to the letter.

The Nigerian President and Commander-in-Chief of the Armed Forces, Muhammadu Buhari followed the normal tradition to write a letter of promise to the nation on the first day of the New Year 2020AD. He was however careful to address the letter, not to all, but to compatriots. This was to emphasize a bond between himself and the citizens of our dear country. This letter was a compendium of accountability, and promises on his honour, at an auspicious moment of “hope, optimism and fresh possibilities”. Within this hope, the focus of the President still remained focused on “security, diversification of our economy and taking on the curse of corruption”. In the first promise in the letter, many have hyped and focused their attention on the fact that the President had reiterated that the rumoured third term agenda was a nightmare that would not see the light of the day. However, my attention was glued on the promise that “I am determined to help strengthen the electoral process both in Nigeria and across the region”. This implies that our President would ensure that the various reforms needed to eradicate all electoral misconduct are in place this year. It would also imply that the Independence of INEC would remain sacrosanct and defended in the year 2020. Given the scattered elections billed to hold this year, there is a ray of hope that the votes of the electorates would really count and subverters of the electoral processes would be adequately dealth with within the confines of the law. Mr. President, please do good to fulfill these promises.

Furthermore, the harmattan period is here. This will be followed by the planting seasons. This is the period of heightened insecurity and farmers-herders’ bloody clashes. These are the periods when relative peace recorded during the yuletide season would give way to rancour and violence. It is commendable that the President had reiterated in his letter the resolve against insecurity. It is quite impressive for the President to give assurances that the “Federal Government will continue to work with State Governors, neighbouring states and our international partners to tackle the root causes of violent extremism and the networks that help finance and organise terror”.  One expects a radical change against all forms of banditry.

It is quite expected that our President with this resolve would give strong backings to the establishment of State Police who use their native intelligence as leverage in combating crimes. Beyond this, the President should fulfill the promise of equipping the men and women of the force with the necessary weaponry to beat the enemies of the State to their faces. One therefore hopes to see researches that would unearth the sponsors of wickedness in Nigeria, and bring such to book. Be that as it may, the President had vowed to protect the human rights of all, so we expect orders from his table that would curb the issues of brutal harassments, perpetrated by men in uniforms all over the nation. A fulfillment of this promise would enhance the attractiveness of Nigeria to local and international business organisations who would be willing to invest in Nigeria without fear of molestation, kidnapping, official marauders and death.

The promises made on the construction and completion of transportation projects, employment generation, and the assurance of good welfare packages for workers are encouraging and expected. Also the promise given that Nigerians would have better access to power this year is a promise that Nigerians would be happy that government sees to fruition. The Buhari led administration should not be seen to have raised the hopes of the compatriots only to dash it on the concrete of excuses.

While the President’s promissory notes on New Year’s Day was assuaging and full of hope to many depressed Nigerians, one needs to encourage the President and his team not to make this letter a mere media show. This letter is a New Year’s Resolution that must be achieved. A broken promise is a collapsed trust, and when followers can no longer trust the leaders, the thirst of revolution, not only in technology, but in the whole gamut of the society becomes the national anthem.