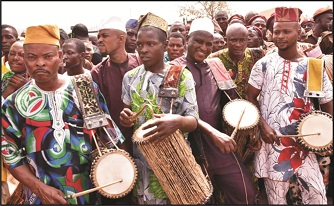 By Sunmola Olowookere, Bukola Olamona & Tola Gbadamosi
|
Prominent leaders in the country have commended the inauguration of ‘Operation Amotekun’ but cautioned against its politicisation.

The leaders said the idea behind the security outfit is a noble and brilliant initiative.

They advised the operators of Amotekun to hold regular meetings with security and military personnel in order to fine tune its operations to meet public expectations.

They warned the personnel of Amotekun to refrain from antics like extortion, bribe touting, harassment of people and all forms of illegalities that could mar the image of the outfit.

Charging the South West governors, Bishop Bolanle Gbonigi urged them to ensure that ‘Operation Amotekun’ is devoid of political colourations in order to function.

He urged the governors to be sincere and honest in order to instil trust of government programmes in the people.

He explained that those attributes made the people to have trust and confidence in the government of those days.

He urged the government of the South West states to ensure adequate awareness of the programme so that there would be a synergy between the outfit and members of the public.

Also commenting, Retired Commissioner of Police, Mr Samuel Adetuyi charged governments  at the state and federal levels to come together to work on modality.

He said the constitution put the police in charge of security to the exclusion of any other organisation.

“If the states wanted to organise any other organisation, there must be a synergy, which is agreement. That is why I recommend modality for operation of the organisation.

“There must be constant dialogue to remove the grey areas. I am happy that the Governors are showing interest in security. I wish the governments well in every endeavor.”

Also, former Commissioner for Information in Ondo State, Pa Femi Aluko described “Operation Amotekun” as a very laudable programme that will give the security system in the South West region a boost.

Aluko, who said security is the yardstick of peace, said the operation will be the best if it is not politicised by anyone.

“If all the governors can work together without any political undertone, the programme will be a good one and peace will be achieved,” he stated.