Home News Give attention to other diseases, Akanbiemu urges 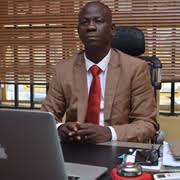 As the attention of government has shifted from other diseases to the COVID-19 pandemic in most parts of the world, Executive Secretary, Ondo State Primary Health Care Development Agency(OSPHCDA), Dr. Francis Akanbiemu has stressed the need for stakeholders in the state to give more attention to other diseases with more fatality rate.
This according to him, will enable the state have an improved health indices.
He spoke yesterday during a day stakeholders meeting on measles vaccination awareness campaign in Akure.

According to him, diseases like measles and polio among several others are more deadly than the pandemic and noted that it is important to also give necessary attention to them than mainly focusing on COVID-19.
While stating that the state government has invested so much on these diseases in past years with the impact felt both within and outside the state, he hinted that the pandemic doesn’t stop the spread of the diseases.
Expressing appreciation to one of the state developing partners, UNICEF for its support for the programme, he reinstated government’s commitment towards attaining a better health sector in the state and charged stakeholders to put to use all they learn in the course of the event.
In his goodwill message, UNICEF representative in the state, Mr. Tunde Ayoade noted that the organisation has supported the state in all ramifications especially this period of pandemic to curb its spread and assured of more unflinching support for the state.
Speaking on the roles of stakeholders, he stressed the need to involve community participation to improve immunisation and noted that they should sensitise the people by making use of necessary facts and figures.
State Coordinator, National Primary Health Care Development Agency, Mr. Adeoye Adetunji noted that measles can be reduced to the barest minimum in the state if stakeholders play their roles well.
He explained that the booster dose of measles vaccination was introduced last year to attain complete eradication of measles in children and added that caregivers should be sensitised on the need to present their children for the two vaccinations as and when due.
Giving an overview of measles awareness campaign, State Immunisation Officer, OSPHCDA, Mrs Comfort Oladunjoye describes measle as a contagious disease which is common in children mostly between six months and six years.
In his contributions, representative, World Health Organisation(WHO), Mr Opeyemi Ekun noted that health workers at PHC facilities record low turnout of parents presenting their children for immunisation and called for aggressive sensitisation on measles diseases and vaccination.