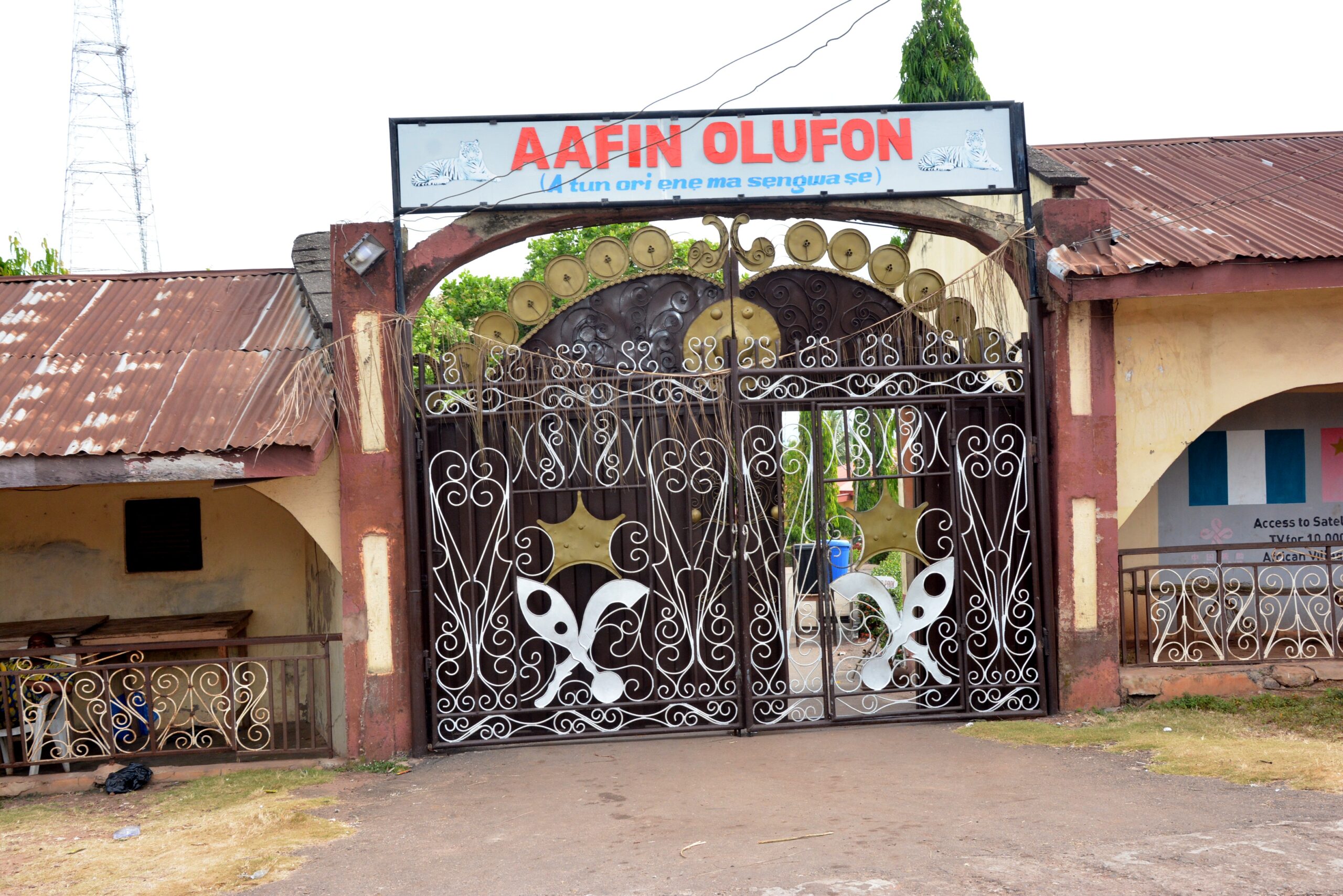 Ifon, the headquarters of Ose local government is in mournful sorry state. From the length and breadth of the commercial town, people wore pensive and sorrowful faces, hissed and sighed intermittently. Some in two and three discussing in muffled voices the tragedy of the gruesome murder of the king, Oba Israel Adeusi who was ambushed and murdered by some bandits on Friday November 27,2020. Oba Adeusi was returning to his domain before his attackers waylaid him, sending him to his early grave.
His death has continued to jolt his subjects, many of whom are short of any explanation for the death of the monarch described as amiable, pleasant and lovable since he assumed the throne of Olufon.
A cross section of the people interviewed described Oba Adeusi’s death as a great set back for the Ifon community.
“Ajanakun Sun bi Oke, Erin iwo”, the elephant has fallen, many grief stricken residents recalled the heroic attributes of the late Oba whose dynamism and vision had brought quick development to the town. Every where, it is a dead silence akin to the graveyard as no music or horn blaring was heard in the town.
The palace was wearing a sorrowful look when The Hope visited on Thursday.
Speaking with The Hope yesterday, the Palace Secretary, Gbenga James who was in the same vehicle with the Kabiyesi when he was shot by the bandits at Elegbeka said the whole drama was still like a dream to him.
” Kabiyesi was full of life that morning and never envisaged such great calamity would befall him. A day preceding that fatal day he had security meeting with all Obas in the local government area in attendance. On this faithful day he had his prayer, bubbling with life and with no premonition of death. Our journey to Akure was stress free and he was sharing comradeship with his fellow Obas at the meeting.
” The journey home to Ifon was smooth until we got to that bad portion at Elegbeka when Fulani herdsmen came out of the bush, shooting indiscriminately; two came out from the front, while Kabiyesi asked the driver to reverse the vehicle, two blocked the car at the rear, all at the same time shooting, while others came out of the bush also shooting, targeting the king. After their deeds had been done, they all went back inside the bush.”
James said the portion where Oba Adeusi was shot was very near police check point, and surprisingly, they recognised Kabiyesi’s vehicle, but while rushing back to save the life of the king in his vehicle riddled with bullets, none of them asked questions but were busy collecting their bribe from motorists.
” We don’t have security in this country, quite shameful the attitude of our security men to life and people in distress. They were very near to the scene and seeing our vehicle riddled with bullets, they could not ask any question”
Gbenga James who was still rattled with the incident while speaking with The Hope called on the state government to as a matter of urgency to repair the bad spots on the Ifon road.
According to him, ” Oba Israel Adeusi has paid a great price with his life for Ifon, Ondo State and Nigeria at large. His death should not be in vain and those arrested must be made to reveal their sponsors and face the music . If the road is in good order, we would have escaped but that portion has become kidnappers den.”
” The large expanse of the forest in Elegbeka has become the hideout of Fulani herdsmen. Government should comb the area to fish out those kidnapping people on the highway. Christmas and New year celebrations are approaching, the security men should be on red alert on the road”.
Also speaking with The Hope, the Youth leader of Ifon, Alhaji Omotoso Saliu lamented the death of the first class monarch, saying that the entire town is in a great shock.
” We are not happy in Ifon that our king would just die in such a gruesome manner. We sympathize with the entire town, Ondo State and Yoruba race in general. Quite a pity that security in Nigeria has collapsed, the youth in the local government are sad on the demise of the Kabiyesi.
” We are calling on Ondo State government to as a matter of urgency to find a lasting solution to security threats in the country. We have seen threat in Ifon area, kidnappers have ravaged the area and intermittently kidnapped people on the highway for ransom. If our road is motorable, nobody will be able to stop motorists on the road.
‘’ Three days after Kabiyesi was killed, some people were also kidnapped on the same spot at Elegbeka by kidnappers who are suspected Fulani herdsmen and we are ninety nine percent sure.
”We are calling on government to introduce community policing to curb this ugly trend. If the police and other security agencies can work in conjunction with our local hunters who know the terrains, they would be able to apprehend these hoodlums terrorizing us on the daily basis, killing innocent people on the road.”
Saliu called on the state government to establish a police station at Elegbeka, stressing that such would stop the ugly trend on the road.
He also said that police station in Ifon should be improved upon while more police officers should be drafted to the town.
According to him, the present officers were not enough to man the entire town while their rickety vehicle be changed.
Meanwhile, the traditional activities of the passage of Oba Adeusi had started on Wednesday and this will be observed for ten days.
Also, all social activities have been banned for 90 days during which nobody would be allowed to play musical instrument either for burial, naming ceremony and others in the town.