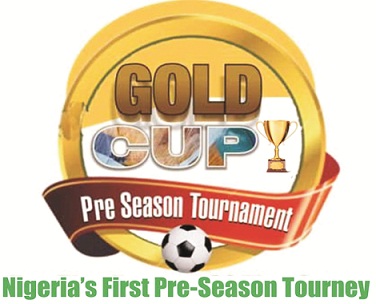 It was a walk over for Sunshine Stars in the day five match as Owena waves stunt Ebeide FC 3-0 at the Akure Sports complex .

The day six encounter between Cynosure FC and Sunshine Stars ended in a 1 nill in favour of the home team as kehinde Adedipe taps in after a miscued header ricochet off the work. Cynosure 0-1 Sunshine

The spectators at the Akure sports complex described the duel as beautiful and entertainment game as both team displayed their football artistry .

Sunshine Stars Assistant Head Coach, Kayode Julius during the post match briefing, described the Gold tourney as good tournament that was organised at a time every team was preparing for the new season.

“We are able to use the tourney to experiment some of the new players and put them in good shape ahead of the next season.

With the winning, it means Sunshine Stars earned 10 points from four matches in the tourney.”

The last time we prepared with the gold cup in Ijebu -Ode ,it really assisted us a lot by going far in the league, we finished fourth on the log in that season”.

“We have won the gold cup tourney before and we still want to win it again being the host state.

Our target in the coming season is to get the continental”.

Meanwhile, the MFM Coach Fidelix Ilechukwu at the post match briefing, “said his side lost to a better team .

“If the league start tommorow we are good to go”.

“This Gold cup  pre season tourney is the best , we will keep on coming as it affords us the opportunity to put our players in shape and boost their confidence ahead of the season”.