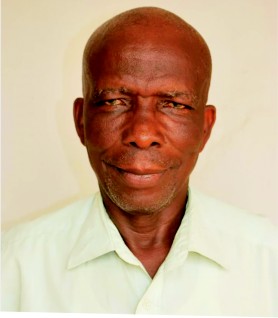 It has been a most harrowing experience in the last few years. Ill health cash crunch, job loss, salary default, deaths of friends, loved ones and acquaintances. Death misses by the whiskers. Pessimism is boldly written over the faces of citizens. And government is no doubt ready for everybody as it announces increase in electricity tariff to open the business of the new year. One peculiarity of this government is that it does not hesitate in making policy pronouncements.
Once it does, consider it done. When public opinion was strong that service chiefs should be sacked, it insisted, they go nowhere. Even at retirement, the Federal Government extends their tenure. Rather young officers with prospects continue to be retired, frustrated or made to pay the supreme sacrifice. Since it has prohibited protests, those who embark on it risk imprisonment and it is wisdom for them to avoid Lekki Toll Gate vicinity. Even the Academic Staff Union of Universities has gone through hell and would be wise to remain on guard.
There is recession, employers and, the Federal Government is a major one, are in default of salary payment, yet what it thinks befits citizens as consumers of electricity is a higher tariff. Well, may be it is to remind the people not to think of what the country can do for them, but what they can do for the country, the patriot’s hymnal.
And the whole world is in a shambles. Coronavirus has risen up again as predicted in the Americas, Scandinavia, Europe and Asia. In its wake, there is total lockdown all over Europe. Even Nigeria, is contemplating lockdown in pursuance of powers conferred on the Presidential Task Force. The season of Christmas and new Year has made the church a major victim of coronavirus which policymakers by faith, expects to strike in Nigeria. Has it not been said after all that prevention is better than cure? It is the best of the seasons in those political systems where men and women whose leadership careers are built on love of fellow men, competence, service and the team. They have come a long way to identify sterling qualities of leadership around which they have watched hierarchies evolve. Many were wondering when Donald Trump threatened not to guarantee a peaceful transition if he lost to Joe Biden. To our surprise, not even members of the Republican Party would join him to undermine American democracy. Many are the afflictions of COVID-19 but good governance has enabled serious minded Chief Executives in Western or Eastern democracies, and even dictatorship to overcome them. Coronavirus is very much in South Africa, but her officials are on top of the situation. They are, and we know when leadership displays competence, transparency and impartiality. It earns trust, an ingredient that can see it through in difficult times. But a bunch of leaders that are more interested in disbanding peaceful protests than in apprehending kidnappers and bandits would find it difficult to deliver good governance.
When rivers overflow their banks and villages are washed away government and its people are not on the same page. The unfortunate victims assume that it is still the officials that have displayed their authority to demonstrate the extent to which they may be driven. Political parties that had employed and armed thugs to rein in voters to adopt a candidate would easily be culpable for armed robberies that would be aggravated during economic recession.
The New Year, or shall we say, this new decade calls for a total overhaul of this political system. It is about a new orientation. The Inspector General of Police has vowed that his outfit would never again permit public protest. Such an oath should be sworn against insurgents, against bandits, against criminals and religious extremists. This will enable scarce resources at the disposal of the Police to be put to optimal use. It is wisdom to gain the confidence of a teeming population of the youth rather than to deepen the communication gap between the agency and the people.
As for the new electricity tariff, it would do the federal government a world of good to reverse itself on the ground of amnesia. If a few months ago, there was increase in electricity tariff and there is an ongoing negotiation with labour, there is an opportunity to seize for government to correct itself.
The combative posture of the Federal Ministry of Information to repond to human rights abuses by the Federal Government and its agencies is already taking a semblance of the Abacha era when Chukwumerije was Minister of Information and it does not hold any prospect for government or for Nigeria.
If officials of other African countries have been drafted before International Criminal Court for violation of such laws, it is better for Nigerian officials not to overstretch their luck by believing that they could get away with contraventions. Besides, Nigeria should start to treat her citizens with respect, to make charity begin at home. She must respect their views and be seen to care for them.
What a new day to present the citizen as equal to those from other lands.