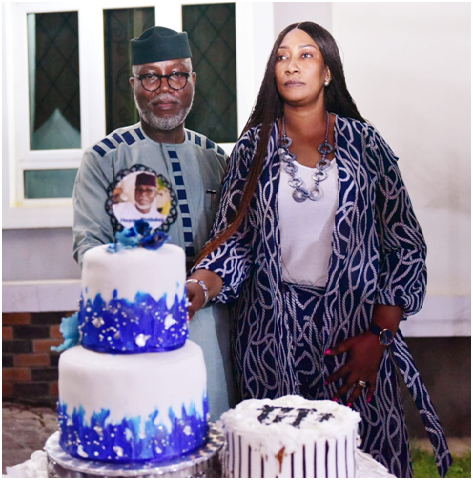 In a statement signed by his Chief Press Secretary, Richard Olatunde, the Governor said, “your readiness to take on assignment, even at the eleventh hour is an attestation to your readiness for service at all times”.

While making his own remarks, Ondo State All Progressives Congress ( APC ) Chairman, Mr Ade Adetimehin said, “Aiyedatiwa is  a team worker, humble person, a loyal and committed party man and a phenomenal pacesetter with many achievements over the years” .

To the Speaker of Ondo State House of Assembly who led other members of the Assembly to the deputy governor’s residence for the birthday reception, Mr. Bamidele Oleyelogun declared that, Aiyedatiwa is a thorough bred person who represented the league of the brightest minds and pride of Ondo State.

“On behalf of my colleagues, I heartily congratulate my brother, friend and a reliable Deputy Governor of Ondo State,  Lucky Aiyedatiwa on the occasion of his birthday,”  he said.

Special Adviser on Special Duties and Union Matters, Mr Dare Aragbaye,  he described the Deputy Governor as a workaholic who always exude confidence, amiable and kind-hearted.

In her own comments, Special Adviser on Education, Dr ( Mrs )Wunmi Ilawole said the Deputy Governor is a women and girl-child advocate who has been vocal in campaigns against sexual and gender-based violence.

Eulogizing her husband, the Deputy Governor’s wife, Mrs Oluwaseun Aiyedatiwa thanked all for celebrating her husband who she described as “a good, caring and loving husband, a compassionate and committed father to our children” .

“My dearest husband, on the occasion of your 57th birthday, I pray that God will continue to be with you and grant you good health to render more service to our beloved state and humanity,”  declared Mrs Aiyedatiwa.

In his remarks, Mr.  Lucky Aiyedatiwa  declared that “when I look at the past years, I count myself lucky, favoured and blessed.”

“I have been through different phases of life, but they only made me stronger” .

“As I celebrate my birthday today, I ask for wisdom to navigate through the world’s complexities and may God never stop strengthening and helping me,”  he added.

The Deputy Governor  appreciated all the people that rejoiced with him particularly, the  State Governor, Arakunrin Oluwarotimi Akeredolu,  and his wife for  their love.