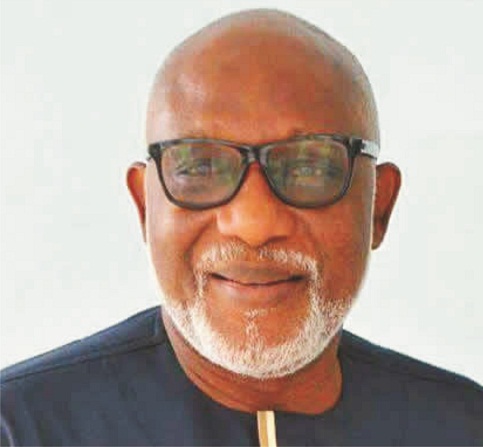 By Femi Atolagbe
|
The Governor of Ondo State, Arakunrin Oluwarotimi Akeredolu SAN, will be honoured with the Gold Cup Tourney Platinum Award on Saturday November 24, 2018 at the Ondo State Sports Complex, Akure.

General Coordinator of the Pre-season mini-league, Tunde Shamsudeen said: “In recognition of Governor Akeredolu drive to empower youths in his state via sports, we have deemed it fit to honour him.

“The essence is geared to spur the Governor  to do more for sports especially football in the State .”

Also, Dr Buhari Abdul-Fatai (BAF), a Senator representing Oyo North, has been named the Grand Patron of the best organised pre-season mini-league and he will be given an award for his unflinching support for the Gold Cup.

“It would have been an understatement not to name Senator Buhari as our Grand Patron looking at his contributions towards the success of the Gold Cup Tourney.

“BAF, without taking anything away from other personalities has been our major sponsor. So it’s deserving we honour the former Crown FC of Ogbomoso boss.”