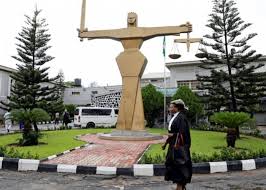 By Adekola Afolabi
|
Governor Oluwarotimi Akeredolu of Ondo State has decried the high cost of judicial processes by litigants in the country which makes access to justice too unbearable for the poor.

The governor who spoke at the Special Induction and Branch Inauguration of the Institute of Chartered Mediators and Conciliators, (ICMC), Ondo State branch, in Akure, the  state capital, observed that the cost of litigation had over the years been arbitrary in terms of times and money spent by citizens in the course of litigation and seeking justice.

According to him, matters that brother on traffic violations, tenants and landlords disputes were not left out of such cases, while legal practitioners were equally reasonable with their charges on clients.

The governor, who congratulated the 60 pioneer members of the newly inaugurated ICMC, encouraged them to adopt easier ways of mediation to ensure peaceful resolution of disputes in the society.

In his welcome address, the Attorney General and Honourable Commissioner for Justice, Mr Adekola Olawoye, expressed happiness that the windows of peaceful resolution of controversies in Ondo were becoming now many.

In her maiden address, the pioneer Chairman of ICMC in Ondo State, Mrs Olagbegi-Oloba, said the delay in the administration of Justice in Nigeria was a canker worm that had eaten deep into the root of access to justice.

The Registrar of the institute, Engr. Segun Ogunyannwo, said over 2000 inductees across Nigeria had been found worthy in learning and character to be inducted as Associate Members of the institute.

In his address, the President and Chairman, Governing Council of the Institute of Chartered Mediators and Conciliators, ICMC, Emeka Obegolu, Esq said the institute is the umbrella body of practitioners in Nigeria that regulates and sets standards for the practice of mediation and conciliation .