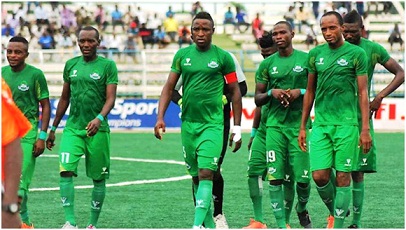 Nasarawa State Government has issued a three-match ultimatum to management and technical crew of Nasarawa United due to poor run since the beginning of the 2022/2023 Nigeria Professional Football League (NPFL) season.

Eche Amos, Public Relations Officer of the state Ministry of Youths and Sports Development made this known to newsmen on Tuesday in Lafia.

Amos, in a statement, said the ultimatum was to save the club from impending relegation at the end of the season.

“Going by the results from our pre-season, we believed we have enough quality in the squad to finish among the top three from our Group.

“In recent outings, we have lost all three games so far played, there is the urgency to do the needful before it becomes too late.

“The Governor, Engr. Abdullahi Sule is not happy with the performances of the team this season and he didn’t hide his feelings as he vented his displeasure shortly after the loss to Akwa United on Sunday.

“It is never our desire to host our home games on a foreign venue. The state government has played its part in the ongoing renovation of the stadium.

“Consequently, we are placing the management and coaching staff of the club on a three-match requisition, beginning from the club’s next match away to Gombe United FC, on Jan. 29,” Yargwa was quoted as saying.

Yargwa also listed the club’s fixture against Plateau United on Feb. 1 at home, and Shooting Stars on Feb. 5 in Ibadan as games the club must win.

He expressed hope that the ultimatum would return the team to their glorious status, failure of which may leave the state government with the option of taking further drastic measures.