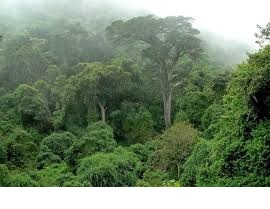 By Kehinde Oluwatayo
|
In its bid to revamp Osse River Park and develop it into a full range game reserve, the Ondo State through the Ministry of Natural Resources has organised a one day sensitisation workshop for adjoining community leaders on conservation and preservation of the park.

Delivering a keynote address at the event, state Commissioner for Natural Resources, Mr Temitayo Oluwatuyi said the workshop was meant to educate all concerned stakeholders and find a lasting solution to illegal activities in the park.

Oluwatuyi who was represented by the Permanent Secretary of the Ministry, Mr Ajibola Ogidan said the objective of revamping the park is to preserve the full range of plant and animals in it, promote sustainable use of natural resources for the benefit of the present and future generations in the state and the adjoining communities.

He however said that the activities of some youths in the stakeholders’ communities and adjoining villages like indiscriminate logging, hunting of wild animals, clearing of some parts for planting of Indian hemp and cocoa are a threat and setback to the project hence the need for sensitisation.

In a welcome address, the Permanent Secretary represented by Director of Forest Management, Mr Samuel Anjola said a survey conducted in 2006 highlighted the potentials of Ifon Forest Reserve as one of the areas of high biodiversity and ecotourism value in the state.

Ogidan who said the administration of Arakunrin Oluwarotimi Akeredolu has taken a bold step in sustaining the process of developing the park into a full range game reserve that would attract investors locally and internationally called for the support of the people.

Chief Executive Officer of Chandy Loos Foundation, Chad Brooking from Canada whose business is to develop Parks said he has visited more than 100 parks adding that ecotourism is a huge business.

According to him, there is no park if there is no wildlife and forestry and called on the adjoining communities to protect it.

The Director of REDD+ in the ministry, Mr David Adesina said community based forest management would be inaugurated where community leaders will come together to checkmate the activities of encroachers.

Highlighting some of the efforts by government to ensure the park is not destroyed, Adesina said gas cookers were given to some women to prevent them from fetching firewood from it while some were trained on cassava processing to give them alternative livelihood.

Also speaking, Deputy Director, Wildlife and Ecotourism, Mr Oludare Adeyekun called on community leaders to ensure that nobody enters the park without permission adding that erring persons shall face five years jail term or pay N750,000 or both.

On her own, Chief Forest Conservation, Regeneration and Environmental Forestry, Mrs Oluyemi Johnson said preservation of the park is the duty of everybody adding that when the park is not troubled, both humans and animals will have peace.

The community leaders who pledged their support urged government to do the project in a way that their means of livelihood will not be jeorpadised.

The interactive programme has as it’s theme bringing back the glory of Osse River Park.