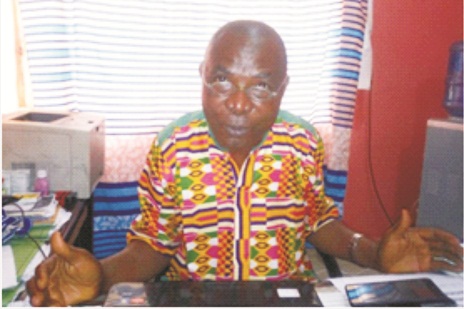 Dr. Adeyemi Adegoke is the Head of Pharmarcy, Ondo State University of Medical Sciences Teaching Hospital Complex. In this interview with Evelyn Omotoye and Sade Adewale, he maintains that adequate regulated cannabis cultivation for medical purposes can turn around the fortunes of the state.

Do you think people in this part of the world have right information about proper uses of Indian hemp otherwise called cannabis?

I want to say that there is, to some extent, lack of understanding on the part of the public. Lack of adequate knowledge about cannabis may result into what you are hearing about it. If we are to look at it critically,  there are lots of medicinal benefits in cannabis as a plant and this has been a long known fact.

However by the 20th century, the medicinal use of cannabis has largely declined and its consumption for medical purposes was already limited. This is because in 1961, the United Nations Single Convention on Narcotic drugs of international treaty to prohibit production and supply of specific drugs and of drugs with similar effects except under licence for specific purposes, such as medical treatment and research.

This brief history has made us understood that the medicinal uses of cannabis was not given adequate focus and development by any government because of that pronunciation.

But in the past 20 years, there had been an urgent interest in using cannabis and other products that can be extracted from the plant.

So can you tell us some of these medical benefits?

In the past 20 years, it has been discovered that cannabis and its products such as cannabis oil known as cannabinoids are used in the treatment of ailments including chronic pains, cancer, depression, anxiety disorders, sleep disturbances and neurological disorder. And symptoms were reportedly improved by using of cannabis. A paper presented in 2007 confirmed this that this plant called cannabis has a lots of medicinal properties and usefulness.

What is your take on the call for regulated cultivation of Indian hemp in the state?

There is nothing as good as having a plant that is medically useful. If adequately controlled, it would be a good source of quality researches . Several researches can be carried out very well on the plant to explore more of its benefits.

This translate to the economy. If well explored, it can generate a lot of income for the state.

Is cannabis cultivation acceptable under the international drugs law?

Definitely! In as much as cannabis is a plant that can be made for herbal preparations with some medicinal properties, it could be acceptable.

In fact, researches have been going on gradually on the plant and through this, we found out that there are some countries that have begun to shift grounds to allow the plant in their countries and in such a way that they use it for medicinal purposes.

What are the risks associated with the plant cultivation  and uses?

You see, the risks are in two ways; short and long term risks. The short term risks have already been evaluated by some journals recently. The short term usage of cannabis cannot really be referred to as risk because it stimulates appetite.

But the long term use, if not adequately controlled, could result in addiction .

But I must say that there is no drug that cannot be addicted to. Even Cocacola, sorry for mentioning that product specifically,  some people cannot afford to miss it in a day, they can’t go to bed without taking a bottle of that product. If I don’t take cocacola after my dinner, there is no way I can enjoy my dinner, I have got addicted to it. So if any product is not well regulated, addiction is inevitable in long term use and this may probably affect the society.

You know narcotic drugs are those that affect the central nervous system, either to suppress a specific area that is responsible for pains or to increase the agitation or to make you feel high. And cannabis has these properties.  But because some of these narcotic drugs are being abused, they are classified as restricted.

As you know, paracetamol can also be abused. I have come across someone that would take 20 tablets of diazepam and this makes the person so energetic that he can do any work  no matter how hard. But when it is time to sleep, he would look for 10 sachets of Alabukun -acatelialitic acid and caffeine and he would sleep off. This means once the dose is higher than what is supposed to be taken specifically,  it becomes an abuse and therefore its pharmacological effects would also change

How do you think its cultivation or production and uses can be effectively controlled so that our society will not suffer for it?

If anything has to work in our society, if we love ourselves and our society, if we actually want the benefits of cannabis, every hands must be on deck. The regulatory body must be ready to work sincerely, so that by the time the government is making the pronunciation that cannabis be produced for medicinal and economic purposes, there should be a specific authority licensed to manage and regulatory body to control the whole process.

So those that are growing cannabis, if they are given license and the regulatory body is ready to work with all sincerity and it is being monitored, in such a way that there is no selfish interest or sabotage,  it is going to work our fine and we will begin to see the benefits.

There will be lots of publications through various researches there won’t be any opportunity for anyone to hide somewhere committing all sort of atrocities or legalities with it. And once the government is ready for a serious business, you will see that it will surely help the system and boost our revenue.

Is there any other plant like cannabis that has similar medicinal properties and efficacy that can replace it to avoid its side effect?

You see the drugs we have today, they all have their origins from plants. For example,  it was from wallowing tree that we discovered acetelsalicitic acid which is aspirin and others. I still want to maintain that if we are able to get some plants with medicinal properties similar to the synthesised drugs, because the body will assimilate natural better than synthetic, and you would expect the natural products to have less toxic effect than the synthetic ones.

So if we can develop herbal preparation that is similar to what we use now, then we had better take to herbal preparation because our body system would take to nature than synthetic. As a pharmacist,  I look at the area of herbal preparations that can meet the need of the orthodox and go on with the usage in as much as it has a scientific backing that it is doing the same thing.

Can we measure how many of such ailments cannabis can cure or its level of efficacy compare to similar synthetic product?

You see, research is ongoing every day and there is no way to specifically state that a particular plant can only work for or cure a specific number of ailments, but I know for sure that cannabis has a lots of medicinal properties.  For instance, as an appetizer, cannabis helps one to eat very well. But you would also find out that there are lots of synthetic drugs that can be used as appetizer too. And when you have a natural product like cannabis that can give you similar appetite as authentic, which one would you prefer.

Cannabis has been found to be useful for anxiety, disorder, even seizures. So when you can get a plant that can work like this then you prefer to use it rather than going for synthetic products.  But the only thing is that, it must be scientifically proved that the product(natural) is working for the specified ailment.

Let me also note that those that take cannabis don’t feel pains and can eat a lot because it has that anagestic property and can synthesize appetite; it aids metabolic reaction.

However, there are other plants that have similar properties with cannabis such as cocaine, heroine  and others. But there is a reason why God created cannabis in our domain, so let us develop that beneficial aspect and control it for the use of mankind.

Look at the dam at Owena, nobody can go straight to drink from it but the government control and manages the dam so that it can be directly be useful to us . So if we control cannabis as a natural resource,  we will come out with beautiful and properly processed products that will be very useful to us.

So to me, we must not run away from cannabis. It is what we are running away from that others are capitalising on and using without any control. Cannabis is already in the drug world but we are shying away from the truth.  And with this, we are losing so much revenue, so why can’t we regulate it by giving license to producer and ensure adequate control by regulatory body saddled with the responsibility. The government should be guided rightly and involve professionals. I believe this will help us better and increase our economy both locally and internationally.