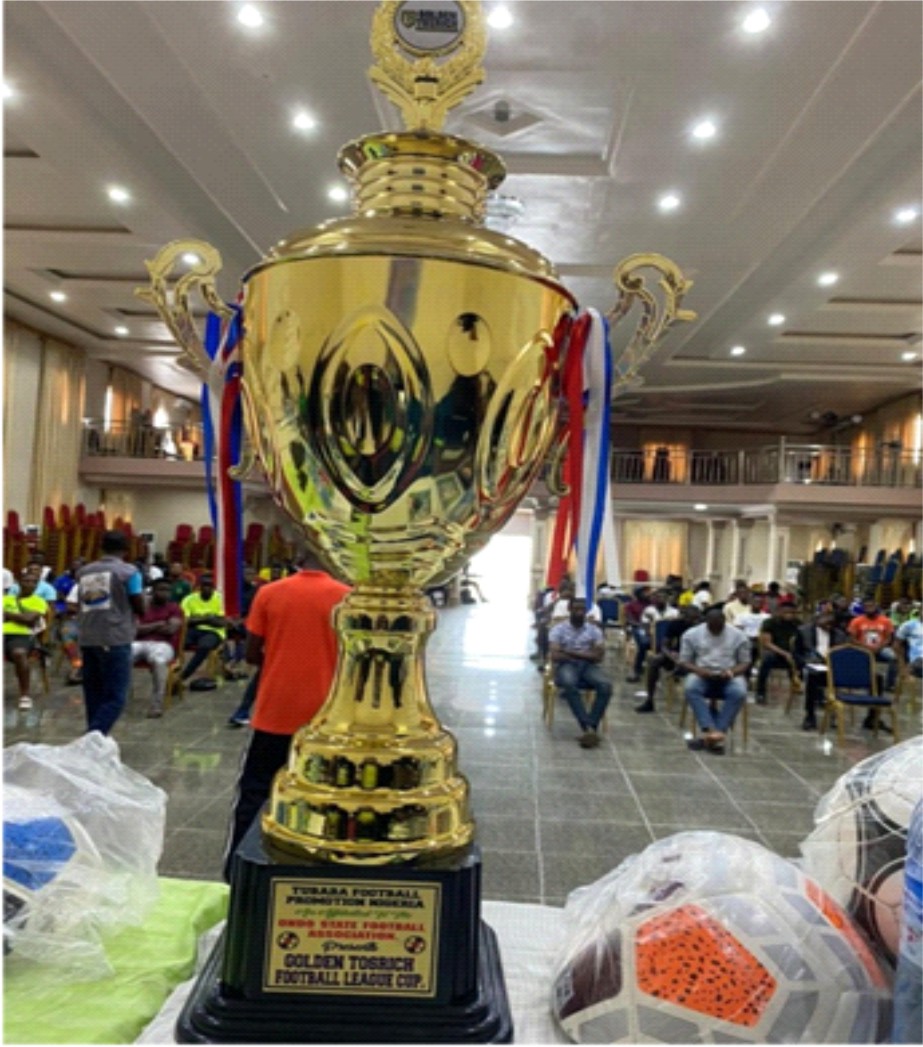 Twelve teams within and outside Ondo state will participate in the 12 edition of a grassroots football competition organized by private organisation.
The teams are Afunbiowo FC,Royalty FC, wonder exchange FC, Barrack Eagles, Signature FC, Mr. Adeleke FC, Florence Joshua FC, Ijapo Estate Eagles, Tarok FC Jos, NPFL Stars, Akure City and Ogbu sports FC.
Speaking with newsmen, Ayokunle Oluwatope expressed the readiness of the organizers to put in place a top notch grassroots soccer league that will be the envy of all.
He highlighted the previous success of the tournament which he noted has produced world stars such as 2013 AFCON winner Geoffrey Oboabona, Sunshine stars captain Sunday Abe, Alaba Adeniyi, Kehinde Adedipe and others.
He said one of the aims of the competition is to provide an opportunity for raw talents in the nooks and crannies of the state to showcase their skills.
The sponsor of the league, Mr Omodara Tosin Richard said his aim of investing in the league is to give back to the society that made him.
“I want to contribute my quota to the development of football and to support the initiative of the organizers who had been running the competition for over a decade.
The league will have each team play 11 matches, at the Ijapo housing field Akure from Friday 16th October 2020 to Sunday 3rd January 2020.
All matches will be played only on weekends, Friday, Saturdays and Sundays respectively.
Trophy, Cash prizes and other individual awards will be presented to first three teams and other deserving players and officials.