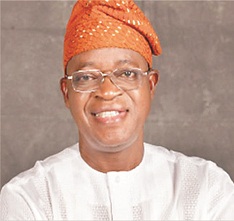 From Fisayo Akinduro, Osogbo
|
The Appeal Court, Abuja division has been commended for being consistent and upholding the victory of Gboyega Oyetola as the duly elected governor of the state.

The Director General, Oranmiyan worldwide, Mr Olajide Sadiq who gave the commendation in Osogbo said the verdict of the Appellate court was victory for the rule of law, democracy and the people of Osun.

He further said that with the verdict given by the Court of Appeal, it is now glaring that the judiciary is the last hope of the common man.

“We are very happy with the judgement given by the Court of Appeal and that’s why we trooped out in our numbers to celebrate and to affirm our loyalty and commitment to the government of the day.

“I think we are now having a judiciary we  supposed to have. When you look at the judgement, four of the Judges set aside the earlier verdict of the Tribunal, although, there was one single minority judgment. The justice  said he did  not concur with the fact that Justice Obiara was not in the court during the Tribunal. He said he cannot give judgment by proxy.

” When the other judges were in the court Obiara was not in court. I think the Appeal Court has done the right thing by affirming that Oyetola is the validly elected Governor of the state.

Expressing optimism that the APC and Oyetola would floor PDP and its candidate, Senator Ademola Adeleke at the apex court, Sadiq said they have been vindicated by the verdict of the Court of Appeal.

He faulted the judgement of Tribunal , saying that the appellate court has proved it that there were loopholes in the Tribunal ‘s judgment.

Sadiq , therefore, commended the judiciary for being consistent at upholding the wishes of the people.