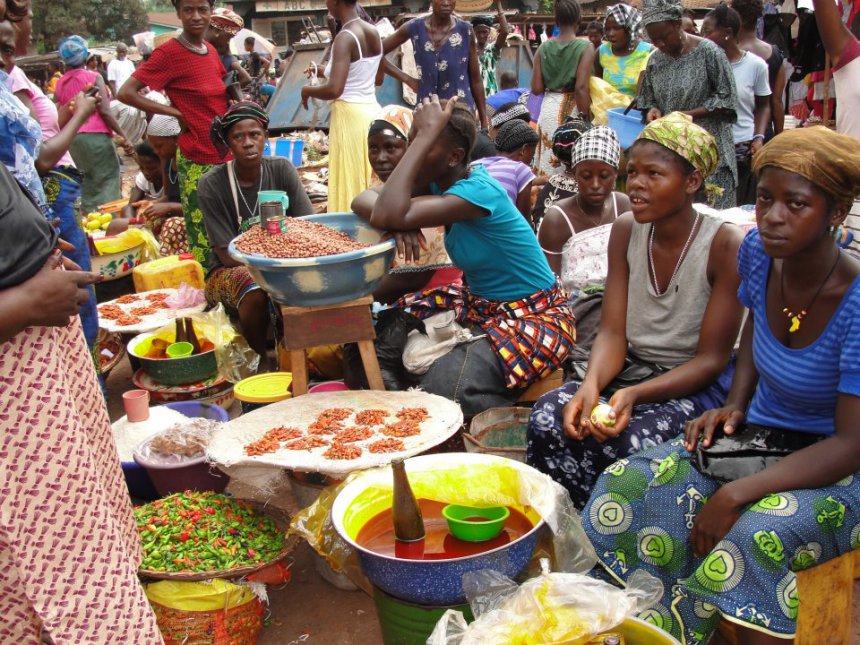 From Jimoh Ahmed, Ikare
|
There was pandemonium in the ancient city of Ikare-Akoko and its environs on Thursday as hundreds of market women and artisans wept and wailed as a fake cooperative body that promised to give out loans to them made away with their money.

The Hope learnt that the money which the amount could not be ascertained as at the time of filing this report are contributions made by the prospective loan applicants in relation to the amount they want to borrow.

According to some of the victims, they were told to deposit 20% of the amount of loan they applied for.

The Hope gathered that some of the victims deposited between N20000 and N50000.

It was also gathered that the wonder bank operators employ thrift collectors who usually collect money for them.

“They promised disbursement of loans for today which made us to turn up but when we got here, we could not see anybody again”, a prospective beneficiary told our reporter.

Similarly, those the fake company employed as thrift collectors who have been working without collecting a dime as salaries since they started working with them were equally astonished when they could not see their employer or the agents.

The case was promptly reported at the police station in Ikare Akoko.

Both the Area Commander, ACP Razak Rauf and the Divisional Police Officer for Ikare Akoko, CSP Ade Fidelis confirmed the development and said investigation is in progress stating that those behind the fraudulent act will be apprehended by the police.