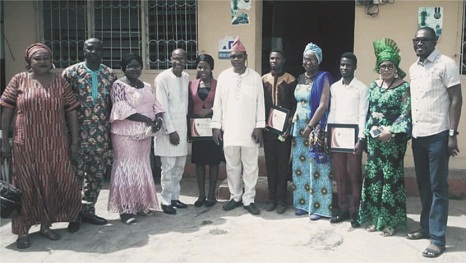 The scholarship awards were part of activities marking the 2018 edition of annual convergence of the platform held in Imeri, Ose Local Government Area of the state.

Speaking at the occasion, the founder of the platform, Chief Demola Ijabiyi noted that the idea was borne out of the need to impact on the society and encourage the students.

Ijabiyi also described the gesture as a way of supporting parents at funding education of their children.

In his remarks, Chairman of the Convergence Committee, Mrs Jumoke Ajasin-Anifowose charged the recipients to be more committed to their academic and remain focused.

Responding on behalf of the recipients, Master Adeyemi Philemon thanked the Liberal Platform for the gesture and promised to sustain the academic records.

The recipients of the scholarships are Miss Nifemi Akinduro, a medical student of the University of Medical Science, Ondo, Philemon Adeyemi, a Mechanical Engineering student and Ayooluwa Adelakun of Environmental Studies both from the Federal University of Technology, Akure.

The event was attended by parents of the recipients and members of the Liberal Platform including Princess Abike Oluderu, Emmanuel Akintoye and Olumide Abudu.