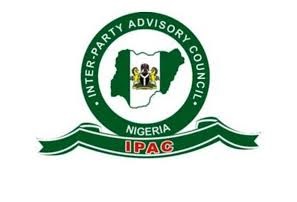 From Fisayo Akinduro, Osogbo
|
Members of the Association of Progressive Political Parties in Osun State (Osun APPPS), have passed a vote of confidence on the state Chairman of All Progressive Grand Alliance (APGA), Pastor Olatunji Popoola, as the Chairman of Inter-party Advisory Council (IPAC), in the state.

The group also warned Governor Gboyega Oyetola and the general public to abstain and stop dealing the group called IPAC Interim Committee in Osun state under any illegal or self-appointed Chairman and warned that whosoever transacts any business with them do so at his or her own risk.

The Association made this known in a statement jointly issued and signed by the Chairman and Secretary, Mr. Wole Adedoyin and Elder Adeloye Ogunmodede.

According to the statement, Popoola whose party, APGA, scaled through the recent deregistration process was elected and inaugurated alongside others as Osun IPAC Chairman last year in the presence of the national representatives of IPAC and the representative of Osun INEC at the state headquarters of the Independent National Electoral Commission.

According to the association, “it is on record that Osun IPAC under the leadership of Pastor Olatunji Popoola is the most accommodating, friendly, members’ oriented, responsive and pro Oyetola’s government compared to his predecessors.

“It is also on record that Pastor Olatunji Popoola would be the first Osun IPAC Chairman to have emerged without the State Government intervention/support.

“Despite millions of naira collected by his political foes, they lost the election shamefully. It stated that Popoola had endeared and accommodated majority and well-meaning members of Osun IPAC irrespective of their political groups, affiliations, ideologies and constituencies.

The Association further stated that all individuals involved in this practice should be mindful that their conduct was prohibited under the relevant sections of the IPAC’s Code of Conduct.

The statement stated that IPAC was bigger than the inordinate ambition of any individual and as such, they would not tolerate any unlawful step or steps by those igniting crisis in the Council.

The statement revealed that the authentic Chairman of IPAC in Osun State is  Olatunji Popoola who is also the State Chairman of the All Progressive Grand Alliance (APGA) and duly recognized by the Osun State Independent National Electoral Commission (INEC).