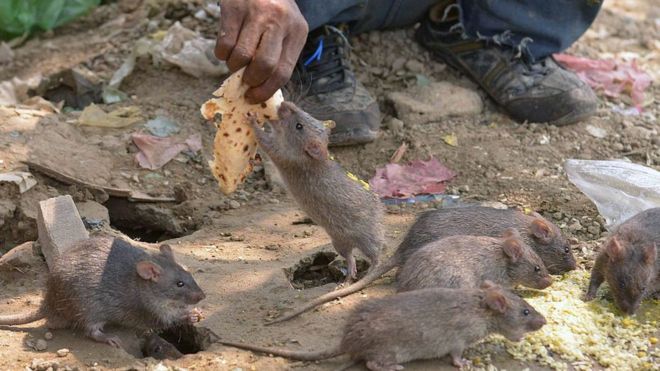 Lassa fever is an animal-borne, or zoonotic, acute viral illness spread by the common African rat. It is endemic in parts of West Africa including Sierra Leone, Liberia, Guinea and Nigeria. Neighboring countries are also at risk because the animal vector lives throughout the region.

The first documented case occurred in 1969. Lassa fever is named after the town in Nigeria where the first cases occurred.

About 100,000 to 300,000 infections of Lassa fever occur annually, with about 5,000 deaths. Surveillance for Lassa fever varies between locations so these estimates are crude. In some areas of Sierra Leone and Liberia, about 10-16% of people admitted to hospitals annually have Lassa fever. This shows the serious impact the disease has on the region.

Prevention of Lassa fever relies on promoting good “community hygiene” to discourage rodents from entering homes. Effective measures include storing grain and other foodstuffs in rodent-proof containers, disposing of garbage far from the home, maintaining clean households and keeping cats.

We are currently moving towards the peak period of Lassa fever which is usually the dry season and in Ondo State, it is not business as usual as efforts are in place to curtail it.

Before now, government has embarked on some measures including the evacuation of illegal dump sites to prevent outbreak of diseases including LASSA fever.

Commissioner for Environment, Mr. Sunday Akinwalire stated this recently while monitoring an edition of the monthly environmental sanitation exercise in Akure, the state capital.

According to him, it is important that government ensure that residents live in a healthy environment,  noting that it will do the needful to prevent illegal dump sites.

Speaking during a visit to the illegal dump site in Olu foam area of Akure, he assured that all sites will soon be taken care of with the land effectively put into use in order to avoid reoccurrence of the situation.

Akinwalire while addressing various landlords association who were holding meetings during the period for the sanitation exercise, frowned at residents’ lackadaisical attitude towards embracing proper waste disposal and appealed to them to hold their meetings after the exercise.

Commending the landlords for the existing peace and security of their communities, he noted that their participation in the exercise will help in achieving a cleaner state thus preventing diseases’ outbreak.

He charged them on the need to encourage residents to embrace the exercise adding that they should ensure that drainages are properly cleared in order to not house mosquitoes.

He advised that residents report abandoned buildings and undeveloped plots in their vicinity to government noting that they pose threat to them.

In a related development, government has also been putting in place sensitisation campaigns on measures to prevent Lassa Fever among residents especially those in Owo, Owo Local Government Area of the state.

To this end, officials of the Department of Epidemiology and Disease Control, Ministry of Health visited the town not quite long.

The State Health Promotion Officer for the Prevention of Lassa Fever, Mrs.Rosemary Falokun who led the sensitisation team, said there was the need to address the increasing incidence of the disease in the state.

According to her, lassa fever is a viral haemorrhagic fever (a group of diseases caused by several distinct families of viruses) transmitted by rats.

Falokun, who described Owo as an endemic local government area said the high cases of laboratory results of Lassa fever in the area were worrisome.

She also stressed the need for all to address the scourge in the area and end its spread.

“Owo is one of the top local government areas that have the highest cases of Lassa fever in the state. So, we are to ensure that our people do not die of Lassa fever.

“The exercise is continuous because we have our social mobilisation officers in the local government area educating the people always so that we can end this infection,” Falokun said.

According to her, people should regard their personal and environmental hygiene as very important.

“People should ensure that they buy their Garri and yam or banana flour from a good source and keep them in a containers with lid or cover.

“Also, people should desist from sun-drying their Garri. Their environment must be kept neat and tidy and all routes that rats can pass into their houses should be blocked,” Falokun said.

Also speaking, the Health Educator in the local government, Mrs.Omowunmi Olorunyomi said the campaign was necessary because of the disturbing rate of the spread of Lassa fever in the area.

According to her, the state government has engaged traditional rulers, religious leaders and other stakeholders on preventive measures against the deadly disease.

Also during an Emergency Operation committee meeting with pillar leads, assistants and partners which held at the Dr Wahab Adegbenro Emergency Operation Centre at the Infectious Disease Hospital in Akure recently, Commissioner for Health, Dr. Banji Awolowo Ajaka who was represented by the State Epidemiologist and Director Disease control, Dr Stephen Fagbemihe revealed that there is an annual increase in the number of cases of Lassa Fever at  the onset of the dry season in November and noted that it is important to strategise and begin to roll out information on the seasonal pattern of the disease.

According to him, there is need to curtail the spread of the virus through sensitization of the people in the state on the patterns of Lassa Fever

According to the committee, Ondo State is one of the states in Nigeria where the disease is endemic and there is need to work hand in hand with all medical facilities in the state for proper diagnosis and prompt notification .

They emphasized that the general public must be sensitised appropriately especially farmers and dwellers in the rural and agrarian societies on how best to prevent outbreak through not burning bushes and keeping food items in ways that are not accessible to rodents.

The committee therefore called on the people of the state to promote good hygiene at homes and in their various communities and also put measures in place that would discourage rodents from entering their homes.

At the meeting it was resolved that the following strategies should be used to combat the outbreak of the illness training of clinicians, rolling out sensitization jingles, radio drama, motorised campaign and use of social media.

According to the Provost, Ondo State College of Health Technology, Akure, Dr. Felix Olawoye, “we ensure zero tolerance to rats with regular fumigation of the hostels and clearing of bushes.”

A trader in Owo, Mrs Ajoke Ayeni told The Hope that “I am very mindful of this fever and I don’t want it to be near my family. I ensure my environment is tidy.

Unlike before that I try to buy cheap garri, I now get it where it is being made in the factory but it is more expensive. I have been sensitising those around me to also embrace cleanliness and keep their doors locked at all times so that the specific rat will not find its way into their homes.”