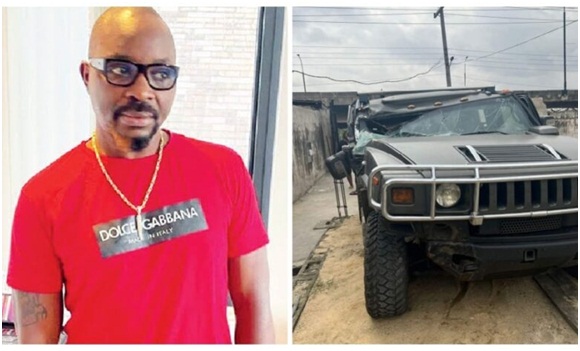 According to information, Isaac was attacked by unknown gunme along Gbongan, Ibadan express way in Osun State.

Our correspondent learnt that Mr Fayose narrated the story on his Facebook Timeline, saying the attack occurred while he was coming from Lagos .

According to reports, the suspected kidnappers abducted some passengers on transit at Gbongan.area of the state..

However, the Osun State Police Public Relations Officer, Mrs Yemisi Opalola, a Superintendent of Police, said the victim did not report such matter  to the police, saying he only sent it to Facebook and Twitter.

Her words, “if such incident happened, the victim should have reported to the nearest police station. And  as I speak with you now, I have not gotten such information from any of the DPOs in the state. So I am not yet away.

However, the allegation is subject to investigation,”she said.