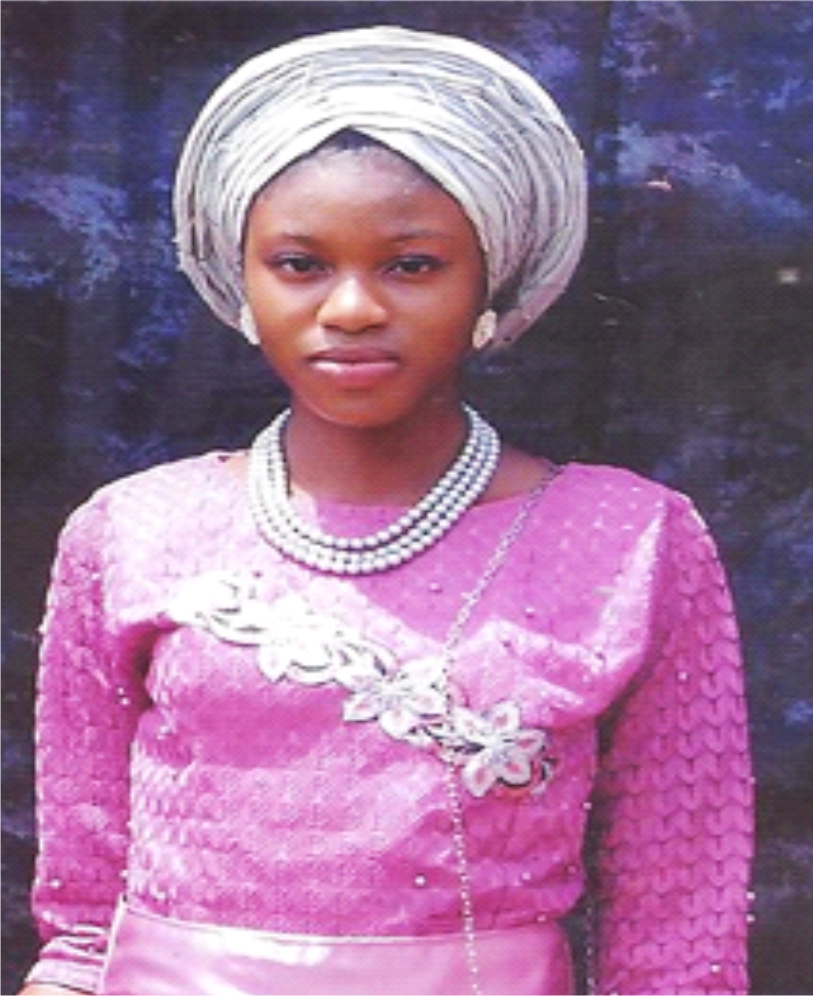 A university admission seeker Osatuyi Ebuoluwa, was reportedly murdered on Monday  in her parents apartment at  Bamidele Otiko area Okuta Elerinla Akure has been killed by an unknown person.

The Hope Metro gathered that the assailants killed the 20-year-old, girl with pestle and axe in her father’s house on Monday afternoon.

Detectives are said to be on the trail of the suspects,  police sources hinted The Hope yesterday.

Reports had it that the victim was gruesomely murdered shortly after she returned from the coaching centre where was taking lessons for the forth coming Unified Tertiary Matriculation Examination (UTME).

It was also gathered that the assailants who gained access to the house through the window, ransacked all the rooms in the building.

A reliable source told The Hope Metro that the mother of the deceased , Mrs Bosede Osatuyi raised the alarm when she suddenly found the lifeless body of her daughter in a pool of blood inside their sitting room.

The source added, “The victim’s mother returned from work around 5.15 p.m on the fateful day and met the lifeless body of her daughter in a pool of blood with an axe and pestle beside her. She immediately called the attention of the neighbours.

When The Hope Metro visited the residence of the deceased, her mother said her daughter entered through the gate as usual and met the evil doers in the sitting room before she was eventually killed.

According to her, ” My husband and I entered the sitting room and found our daughter with her two hands tied with rope on the floor. She was bleeding profusely and we also found the axe and a pestle with bloodstain on the chair including a rope hung on the fan.

” We rushed her to the hospital immediately where she was confirmed death before we went to the police station to report.”

Mrs. Osatuyi, who demanded justice,  appealed to the appropriate authorities to bring the assailants of her daughter to book, stressing that the innocent girl must not just die like a fowl.

A police source at Okuta Elerinla Police Station who confirmed the incident said the case has been transferred to the State Criminal Investigative Department (SCID) of the Police Command for thorough investigation.

The corps of the deceased has been deposited at the UNIMED Teaching Hospital mortuary in Akure.

In a related development, there was pandemonium at Aiyeyemi  area in Ondo West local government area of Ondo  State  on Wednesday morning as some unknown gunmen shot a middle aged man, Amos Akingbesote, to death.

The Hope Metro gathered that the gunmen  had also on Tuesday night unleashed mayhem at Sabo  area of the town  when they shot  two persons at the heads and legs respectively.

The victims ; Onoja Anthony and Alale Samson were reported to be  at Moradeyo brothel in Sabo  with their friends at about 10 pm when  the three unidentified gunmen suspected to be cultists started shooting sporadically and invaded the area.

The gunmen were said to have shot them at different parts of their bodies after which they fled. But the  victims were rushed  were  immediately rushed to Trauma Centre for treatment.

It was gathered that the corpse of Akingbesote killed  on Wednesday has been deposited at General Hospital in Ondo.

According to an eyewitness, Mr Idowu Dele,  he said the gunmen are suspected to be cultists and they intended to kill because they were fully armed with weapons.

When our correspondent visited the hospital where the victims were receiving treatment,  they were resting while the presence of policemen was noticed around the ward.

It was learnt that the case was reported at Fagun Divisional police  station and  officers had visited  the scene and the hospital.

A senior police officer who confirmed the incident told The Hope Metro, that the wounded victims were receiving treatment in the hospital.

He said no arrest had been made,  but that  investigation has commenced immediately to arrest the culprits.