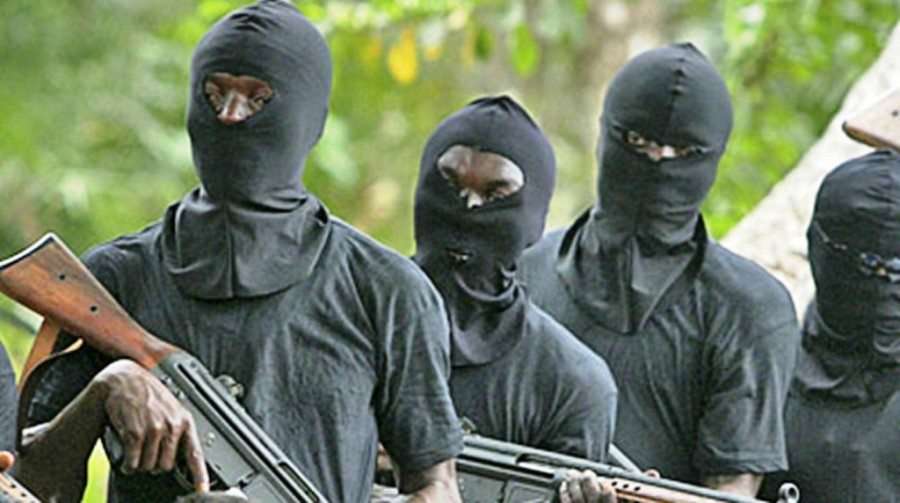 From Jimoh Ahmed, IkareAkoko
|
A gang of dare-devil armed robbers  on Friday waylaid motorists and commuters along Owo/Ikare road dispossessing them of cash, jewelries and other valuables.

The Hope Metro gathered that the robbers who stormed the area around 3.00pm invaded the Ago Ajayi section of the road,  unleashed terror on travellers and motorists who were either coming from the Owo end of the road or from the Akoko end.

The bandits whose number could not be ascertained were said to have alighted from the bush and crossed over to the road fully armed with guns, when they struck at the section.

They reportedly fired rounds of shots into the air, in a bid to instill fear into the victims before unleashing terror on them.

The robbery operation lasted for over two hours, while traffic at the ever-busy road was grounded completely.

Motorists and commuters lost their mobile phones, cash and other valuables to the bandits who released sporadic bullet shots indiscriminately into the air to scare people away.

Residents of the area who spoke with The Hope metro blamed police in the area for not responding swiftly to their distress calls when the operation was in progress.

They alleged that a team of policemen at the road blocks near the robbery scene ran away, while the robbers were holding sway on the road.

Adeniyi Emanuel, a resident of the area who spoke without correspondent said the robbers were unmasked and they operated unchallenged.

According to him, “We were just returning from the farm and suddenly we heard the sound of gun shots when this robbers invaded the place. I was speaking with my wife when these robbers struck. At first, I thought it was the kidnappers but when I tried to check what was going on, I saw them walked in from the bush and when they crossed over, they spread themselves all over the place and started shooting.

They forced vehicles to stop and ordered their occupants to come down and take over their cash, mobile phones, jewelries and other valuables at gun point while they ordered them to lie down on their faces.”

“But the shocking aspect was that a policemen at the check point witnessed some of these incidents and they zoomed off, acting as if they didn’t see what was happening. We also sent distress calls to the police and we didn’t see them until the robbers had gone,” he lamented

The Ago Ajayi axis of the Owo/Ikare road noted for incessant kidnapping and robbery cases in recent times. Only about a month ago, the Ondo ADC chairman, Mr Bisi Ogungbemi and the party’s Senatorial Candidate to the Ondo North Senatorial seat in the 2019 general elections.