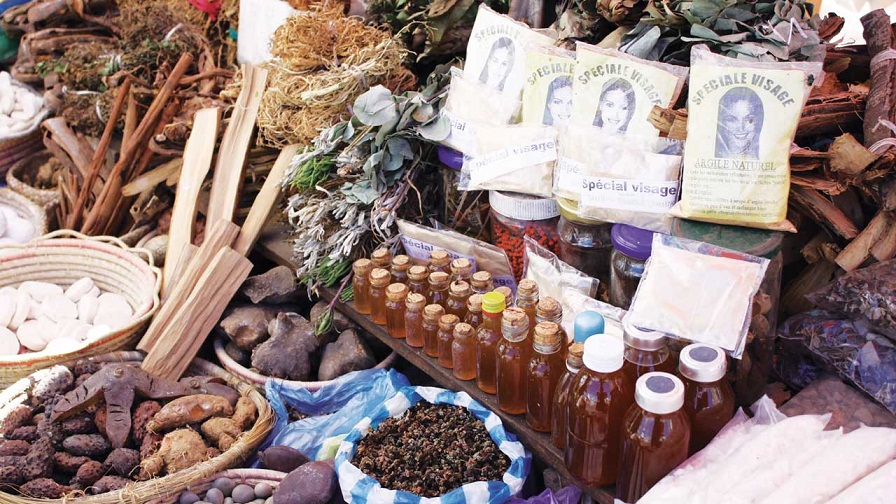 They warned that consumption of herbal medicine is the leading factor causing kidney failure and liver damage of Nigerians due to toxicity contents.

They added that the consumption of the concoctions may be injurious to the health of the consumers, when mixed with other drugs.

The medical experts, while stressing that although some of the drugs prescribed in the hospitals by doctors are products of herbs, explained that the prescribed drugs have passed through various stages of clinical and sub clinical examinations, hence they are safe for consumption, unlike the crookedly produced herbs.

They said in the last few years, herbal drugs have been identified as the causes of chronic renal disease, with lot of patients on dialysis.

A surgeon at the Federal Medical Centre Owo, Dr Adegbola Adeniji said proper medical attention should be sought rather than resulting to using local herbs when health challenges arise.

“Herbal drugs are unquantifiable and that is the major reason why it is dangerous and harmful to the health. Please do not get me wrong, there are drugs that are extracted from herbs but these drugs are synthetic and quantifiable, they are in doses, and have passed through various clinical trials.

“The fact is that some of the herbs are effective especially when combined with other herbs but may also have adverse side effects, so the danger most often outweighs the advantages because you do not know the optimum dose since it is not documented and it is unregulated.

“As a result of the usage of these drugs, many persons have lost one organ or the other. Some people have lost their livers, developed chronic kidney diseases while lots of ear impairments today are as a result of abusive usage of herbal medicines, he stressed.

“In the last few years, one of the commonest cause of chronic renal disease is this herbal concoction. A lot of the patients who are on dialysis have indulged and abused herbal concoctions by taking it in excess.

“A lot of this herbal drugs practitioners don’t know how to diagnose alignment, they tend to generalise care

“if patients have back ache they will tell him or her is ‘jedi’, when they have bloody stool they will say is jedi as well, even when there is poor erection they tell them the same thing by giving same herbal concoction to treat three different diseases”.

The consultant noted that the herbal concoctions given to patients have no dosage and this has been a problem with alternative medicine in Nigeria.

Akintade further said that there is a place for alternative medicine, and advised the practitioners to go for formal training, regularise or regulate their practices and also develop curriculum for members or intending members to be part of their practices.

He described alternative medicine practitioners as those that have gone for training and do a lot of research before they come up with their products.

Akintade revealed that some herbal medicine producers mixed their products with orthodox medicine like Lagatine drug to make them work so that people can believe and patronise them.

He further said that there can be drug interactions which can be injurious to health, saying most of the time,the alternative medicine practitioners will promise to cure the disease even if it is not curable.

According to him, in medicine, there are diseases that are curable, some are not but controlled with drugs while some are to give supportive treatment.

The medical practitioner stressed that the reason there is no more still birth is because of Orthodox medicine.

“A lot of children died from ignorance and poverty, but with the advent of medical researches, some of those conditions that were killing the children are easily treated.

Also speaking, a nurse Ibrahim Oluwaseun in her own opinion said the use of herbal medicine despite its advantage is detrimental particularly considering the fact that its usage is unquantifiable.

“We will not outrightly say herbal medicine is bad and ineffective but the fact remains that it has done more harm than good in recent times particularly the fact that you cannot determine its measurement.

“For drugs produced through the appropriate pharmaceutical process, take paracetamol for example, there is a certain milligram to be taken for children which is different from that of the dosage for adults.

Also speaking, a public health expert, Sijuade Samuel attributed the use of herbal medicine to traditional backwardness, especially in most African countries, stressing that the concoctions are not visible in Western countries in this 21st century.

“I am surprised we still have people that use herbal medication in this dispensation and it has been discovered that this is prevalent among mostly African countries plagued with limited modern advancement and economic backwardness.