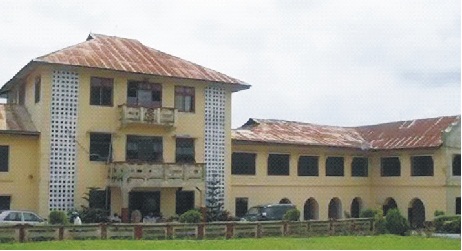 O wo as an ancient town is endowed with rich cultural heritage both tangible and intangible. These include festivals, dance, sites and monuments, these sites and monuments have not be declared and enlisted as national monuments and sites. However, they are of immense cultural value to the people of Owo and its environs.

It is expedient that we define some of these concepts for easy comprehension.

According to the advanced Oxford Learners Dictionary, site is as an area of ground on which a town, building or monument is constructed or a historical place where a particular event or activity is occurring or has occurred.

Site can also be defined as a heritage place having a cultural significance to a particular community or the nation at large. Such cultural heritage can be scheduled or unscheduled.

Site can also be defined as a work of man or combined works of man and nature, including archaeological or ethnographical sites, with an outstanding cultural value. A typical example is the Sulcur Cultural Landscape in Adamawa state.

Monuments: A monument is a structure created to commemorate a very important personality or an event with cultural value to a social group or persons in remembrance of historical times e.g. Ugbo-Alaja, groove, moats, status, shrines etc.

Scheduled monuments/sites: These are sites and monuments that have been properly documented and declared as national monuments and sites by Decree No 77 of 1979 (Schedule 65).

Unscheduled monuments: These are monuments and sites that have not been properly documented and enlisted as national monuments.

Heritage: is tangible or intangible evidence of man’s existence or endowment by nature which are passed from one generation to another e.g. sites, monument, landscape, historical places, bio-diversity, past and continuing cultural practices, knowledge and living experience etc.

Heritage is the aspect of an individual, community’s or society’s past and present that they value and desire to preserve and pass on to the future generation.

Olowo of Owo is the paramount ruler of Owo Kingdom, whose stool is highly revered and given prominence among traditional rules in the South-West and in Nigeria in general. Olowo’s palace is an architectural masterpiece, arguably the largest in West Africa, with cultural and aesthetic value.

The modern day palace was built by Olowo Olateru Olagbegi II in 1956. The new palace was modeled or built after the pattern of Buckingham palace in the United Kingdom. It covers an area of about 9.5acres of land; its size is a reflection of the power and wealth of the paramount ruler and his kingdom.

However, the first structure of the ancient palace was built by Olowo Ogeja in 1398. He moved the palace from Ogwata Okiti-Ashegbon for lack of space to the present day palace.

The modern palace of Olowo

According to oral tradition by Samuel Adewale, the Chief Press Secretary to Olowo, the palace contains about 100 courtyards (Ugha). Each courtyard has a specific function and is dedicated to a particular deity. Such functions range from judicial, spiritual, ceremonial, cultural, social to domestic.

The architectural design and construction of the palace and the courtyard were done in such a way that was made convenient and easy for Olowo to move from one courtyard to the other because they are connected and interlinked.

The Olowo’s palace in the past was divided into three apartments, namely:

Public and ceremonial, Olowo’s private chamber and the Olori’s chamber .

Today, the Olowo’s palace can be classified into two namely:

The ancient building that has many courtyard

However, most of the courtyard have given way for modern buildings. Some have been completely dilapidated due to disuse or abandonment.

The Courtyards in Olowo’s Palace

There are many courtyards in Olowo’s palace . Some of the notable ones are as follows:

Ugha Eyinogbe: According to Chief Samuel Adewale, this is one of the largest courtyards. It can contain or houses about two hundred guests at a time. This courtyard is a multipurpose one, in the researcher’s personal observation. This was where the election that brought the present Olowo, Oba Ajibade Gbadegesin Ogunoye III to the throne was conducted. The chiefs and the people of Owo first paid homage to the newly installed Olowo. The king and his chiefs meet every Friday to settle public disputes (Igbemule). There is a special chamber called Onagodo. The king and his chiefs meet here to take a final decision on any matter. The Ajo special festival dance also takes place here. This courtyard is also used for the installation of the king and receiving very important visitors. It is worthy to note that the All Progressives Congress presidential candidate, Ahmed Bola Tinubu and Vice President of Federal Republic of Nigeria, Prof. Yemi Osinbajo were received in this courtyard. There is also a spot for oath taking at the centre of the courtyard.

This is where the Olowo comes in the evening to meet and discuss with his wives. Internal disputes within the family are equally heard and settled there.

This courtyard, like Ugha Eyinogbe, is very large. It is also multipurpose in use, more like ceremonial and spiritual uses, for instance the famous annual Igogo festival, Ajo festival ceremony rites start and end in this courtyard. Several homages are paid to Olowo. Also, prayers are offered for Olowo and the entire Owo kingdom.

This courtyard is also relatively large. It is located behind Ugha Eduma. Oro festival which was one of the glamorous festival in Owo kingdom was celebrated. Olowo Elewuoken was said to have stopped the festival and replaced it with Igogo festival. The Olowo, his wives, princes and princesses and some selected nobles danced to a special drum beat called Umoba Oluseepe in this courtyard.

This courtyard is tagged out of bound. This is the final resting place for the past Olowos who have joined their ancestors. It is the place where Olowo invokes the spirit of his ancestors. The king and other high chiefs perform special rites during Ulabi festival (festival of new yam).

This courtyard is designed for the entertainment of the king’s wives (Oloris). They converge here to sing, dance and enjoy themselves. It is out of bound for men except Ogwadogun, a senior chief who installs the head of the wives known as Oluwa.

This courtyard is specially designed for the head of Oloris (wives). She has a special seat called “Opo” where she sits and presides over the affairs of the Oloris.

Rules and taboos in the courtyardo

According to Chief Babatunde Olugbade of Igboroko quarters, Owo. “daily affairs of the palace are guarded by taboos and rules”.

Rules are created for decorum, effective administration and orderliness. However, rules can be corrected or reprimanded.

One of the rules is that at all functions within the palace all guests must be seated before the arrival of the Olowo.

In all the courtyards Iloro Chiefs have special seats. This is because Iloro chief’s migrated with Olowo from Ile-Ife and all other quarters are a creation of Olowo (Idipo Olowo).

During the initial rites of Ajo festival, once Iloro Chiefs are seated and three cups of palm wine are placed at strategic location, it is a taboo for anyone to enter Ugha Eduma, Offenders are made to pay a she goat.

It is an abomination for anyone to use an umbrella in any of the courtyards and the palace generally.

In case Olowo join his ancestors, only Iloro chiefs are permitted by tradition to enter his private chamber.

If these historical sites are properly harnessed and showcased to the world, Owo will be a tourist hub for Ondo State and the nation at large, thereby generating employment and national income.