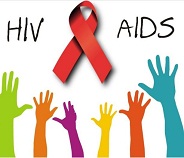 From Victor Akinkuolie, Ado-Ekiti
|
The Ekiti State Commissioner for Education, Science and Technology, Mr. Foluso Daramola, has said that his Ministry will work in collaboration with the Ekiti State Aids  Control Agency (EKSACA) to sustain the low prevalence  rate of HIV in the state.

The Commissioner made this known during a courtesy visit to his office by the Management of Ekiti State Aids Control Agency (EKSACA) in Ado-Ekiti.

Daramola said that the ministry will assist in the area of giving prominence to Sex Education Curriculum in Senior Secondary Schools, adding that schools that are yet to establish AIDS Clubs should urgently do so and make it functional in order to reduce the spread of HIV in the society.

He called on EKSACA to embark on an aggressive advocacy and awareness campaign to all parts of the state on the dangers associated with the spread of the disease.

The Commissioner disclosed that his Ministry will also assist EKSACA to get accurate reports from schools through the Area Education Offices spread across the 16 Local Government Areas of the State.

Earlier in his address, the Project Manager of  EKSACA Dr. Charles Doherty, said that about fifty million  naira has been expended on advocacy, sensitization and awareness campaign on how to reduce the spread of HIV in the state.

Doherty explained  that the said amount was expended from 2016 to 2018 through 135 various organizations out of which N3.5 million was spent by the Ministry of Education.

The Program Manager advised that with the expiration of funding of the programme by the World Bank and other international donors, all hands must now be on deck to sustain the low prevalence.

Doherty sought the support of the Ministry of Education, Science and Technology in the area of encouraging schools administrators in both public and private schools across the State to key into the vision and mission of his agency at reducing HIV prevalence in the state to the minimal level.

High points of the meeting was the presentation of 2015/16 annual report, compendium of the agency’s  achievements and success story and final evaluation report of the Ekiti State HIV and AIDS strategic plan for action 2017-2021 by the Programme Manager among others.